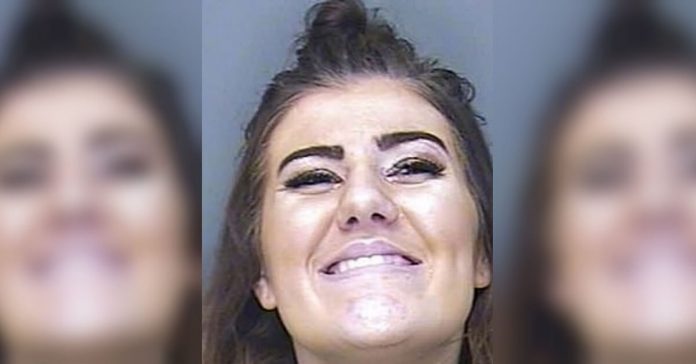 Jasmine Cochran was sending threatening messages to another Plymouth local by the name of Jessie-May Turpin.

The two women, 24 and 19 respectively, got into a heated confrontation earlier in the week.

Jasmine ended up assaulting Jessie-May despite knowing that the woman was expecting a child.

Jessie-May pleaded with her assailant to cease her punches and kicks, but the woman wouldn’t stop.

After being arrested and taken to court, Jasmine was sentenced to one year in prison. This wasn’t the first time that Jasmine was caught on the wrong side of the law. She had previously been admitted for a slew of crimes including assault and battery, a threat of violence and damage and possession of a sharp object.

After the beating, Jessie-May woke up in the hospital with sharp pains in her stomach.

The doctors confirmed her worse fears that the baby had been miscarried. Jessie-May admitted that she couldn’t be certain of the cause of the miscarriage.

However, she was fairly certain that the assault was the primary culprit.

Jessie-May was about three months pregnant when she was assaulted by Jasmine.

Although the pregnancy wasn’t planned, the expecting mother was excited to give birth to her first child.

The two women knew each other through mutual contacts, but they had never spent a significant amount of time together.

Jessie-May was surprised when she received threatening messages from Jasmine.

Despite her attempts to ignore and deescalate the situation, Jessie-May found herself in an altercation with Jasmine on August 27th.

Jessie-May had just gotten some food when she was approached by Jasmine. Jasmine immediately started punching and kicking Jasmine-May for no apparent reason. The police filled out a statement from Jessie-May and took her back home. Jessie-May didn’t immediately go to the hospital despite her excruciating pain.

She was confused and still in shock from the assault. The following morning, the pain was too bad to ignore. She rushed to the hospital to seek medical attention.

Jessie-May was treated for her injuries, but she left with even greater pain.

She learned that her baby hadn’t survived the assault. She didn’t even get to learn the sex of her child