Home » Someone In Her Child’s Daycare Refused To Get Vaccinated, Now She Has To Bury Her Son 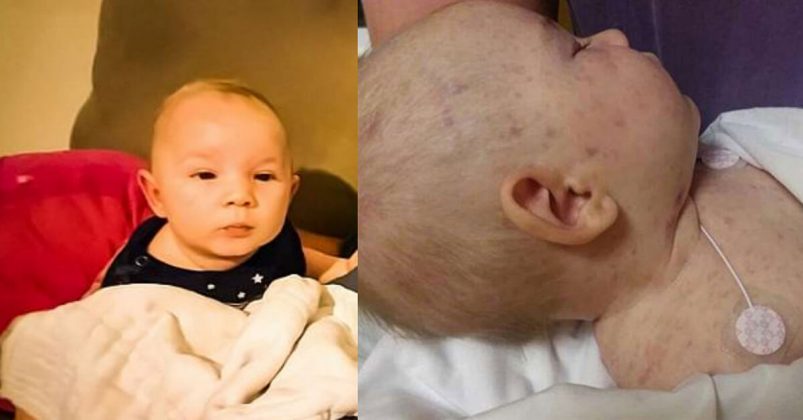 Someone In Her Child’s Daycare Refused To Get Vaccinated, Now She Has To Bury Her Son

Perhaps one of the worst things to experience as a mother is to watch helplessly as your child falls gravely ill.

It only gets worse when the diagnosis is a disease that has a vaccination but no cure for your child.

Childcare is hard work, especially when the child in question is a newborn.

Just like any other young parent, Alex Dempsey decided to have her four-month-old baby, Killy, cared for at a daycare center while she and her husband took a well-deserved break from rearing a baby.

This break, however, did not last very long.

Soon she was called back in to pick up her son. The baby was running a fever and thus had to be quarantined and cared for at home to avoid infecting the other equally vulnerable children.

Thinking it was simply the flu or a stomach bug, Alex brought her child back home with the intent of ensuring he got plenty of rest and fluids to fight off his first illness. This, unfortunately, was not a simple illness and in fact, was only a sign of worse things to come.

At home, angry red rashes broke out all over Killy’s skin. If this alone wasn’t alarming enough, his fever would not break or drop, even after he was given some Tylenol.

An attentive young parent, Alex decided to heed the alarm bells ringing in her head and rushed her child to the hospital.

There, the diagnosis given was grave – her child had contracted meningitis, and at such a young age, it was likely to be fatal.

An infection of the membranes lining the inside of the skull and along the spinal cord that serves as cushioning for the brain, meningitis can be caused by viral, bacterial, or very rarely, a fungal infection.

While the viral variant can be fought off within a few days, the bacterial strain is life-threatening and can be fatal within days due to its proximity to the brain and how it can affect the brain directly. Unfortunately for Killy, according to reports, there was another person in the daycare center who had suffered from the bacterial strain of the infection but had not been vaccinated.

As the infection can be carried in an adult’s throat and sinuses with no visible symptoms, it was likely that the unvaccinated person may not have realized they were carrying with them the infection.

Being a baby with a weak, undeveloped immune system, Killy could not hope to fight off the infection, let alone the much more fatal bacterial infection.

The baby passed away 24 hours later after he was brought to the hospital, much to Alex’s dismay.

She has clarified since that this issue is being tracked by the relevant health authorities who have theorized this unvaccinated person may have come into contact with Killy.

Hopefully, more people will elect to have themselves and their families vaccinated so heartbreaks like these can be avoided.