Home » Son Kicks Mom Out in Favor of His Fiancée, Years Later Comes to Her Doorstep Poor & Divorced 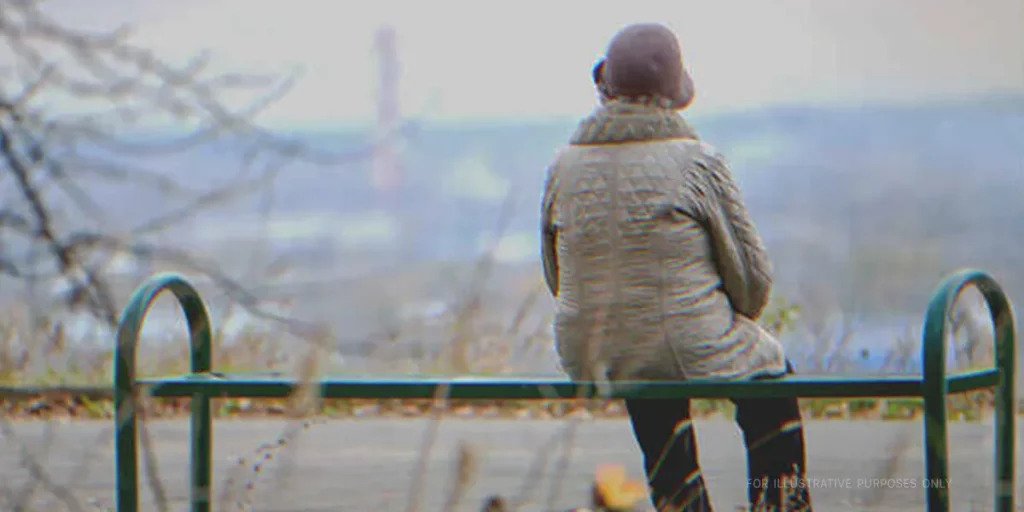 Son Kicks Mom Out in Favor of His Fiancée, Years Later Comes to Her Doorstep Poor & Divorced

A young man kicked his mother out of his house because she disapproved of his fiancée, but he returned years later begging for her forgiveness. His wife did something horrible, and they separated, but the man could not imagine what his mother would do.

Four years ago, Roger’s father, Ferdinand, died from complications during surgery. His parents knew the operation could be dangerous, so they made end-of-life decisions beforehand. After his funeral, Roger’s mother, Suzanne, revealed that they had decided to transfer the ownership of their house to him directly.

“It’s the best idea for now. Of course, you’re just 15, and I’m going to live here. But we thought it was better to avoid future hassle since you’re going to inherit the home already,” Suzanne explained, and Roger reluctantly thanked her.

He had been stoic and silent throughout his dad’s entire situation and didn’t particularly want to talk to his mother. The truth is that Roger blamed her for his father’s passing. She constantly nagged him after work, accused him of cheating, and the young teenager thought her actions led to his sickness and eventual death.
“Roger? What are you doing here? How did you know where I live?” Suzanne asked, more confused than angry.

“Well, you could show a little more emotion. This house is fully paid for, which means that you won’t have to struggle like other kids your age in the future. It’s a huge advantage,” Suzanne added, trying to be cheerful. She was worried for her kid, as his attitude seemed to be more than just mourning. But she had no idea Roger resented her.

“I know, Mom. I…miss Dad,” Roger said. He was not going to let her know what he thought. It was not the time. It might never be the time to tell her what he thought. And he knew she was also suffering after her husband’s death. But still, he sometimes hated her. Secretly. Silently. Subtly.

Roger was 19 and in his first year in college. Luckily, he got into Arizona State University, which was not far from his home, so he decided not to move to the dorms and commute to the school for classes.

Suzanne still lived in the house, of course. But she didn’t meddle in his affairs. She was thinking about using her savings to build an in-law suite, so she could move in there and leave the rest of the place to her kid. He needed to feel independent, even if he was still home.

However, Roger brought someone home on the night Suzanne was going to suggest the addition, and it changed her life forever.

“Mom, this is Miranda. My fiancée,” her son revealed with a huge smile.

“Yes! We got engaged yesterday! Are you happy for me? We’re planning to get married this summer as soon as the semester is over,” Roger continued, not understanding the reason for his mother’s confusion.

“It’s nice to meet you, Mrs. Gordon,” Miranda smiled at the older woman, and there was something about her grin that made Suzanne feel cold. The young woman’s eyes also wandered around the house, which made Suzanne feel even worse, but she couldn’t pinpoint why.

“Roger, can I speak to you in the kitchen for a second?” Suzanne asked, and Miranda stayed in the living room while the mother and son went to talk. “Roger, sweetheart. Engaged? You’re just 19.”

“I know, Mom. But this is love! Miranda is also moving here this week, and I’m so excited. Are you excited? I only wish Dad was here for our wedding,” her son cheered, more enthusiastic than she had ever seen him.

“Moving in? Roger, you’re young. Why don’t you date more? You barely know this girl. It’s not smart to move her in and marry her. Have you talked about a prenup? What about the future? You should rethink this decision,” Suzanne said carefully.

“It’s my decision, Mom. I get that it’s fast. But when you know, you know. I hoped you’d be glad for me,” Roger stated, shaking his head and frowning.

“I’m happy if you’re happy. But young people make mistakes, and moving her here right away is wrong,” she tried to explain, but Roger frowned deeper, glaring at his mother.

“I live here too. I get a say, too,” Suzanne countered, crossing her arms.

“No, you don’t. This is my house, and I’m letting you live with me. I can move anyone I want here,” her son argued petulantly.

“It’s technically your house, but I’m your mother, Roger,” she continued, not recognizing her kid.

“It doesn’t matter that you’re my mother. In fact, I think it’s time you move out because it’s my home, and I don’t want to live with you anymore. Also, I’m tired of hiding how I’ve felt all these years. You and your nagging killed my father, and I know that’s why he wanted me to have the house immediately. He hated you too but was just too tired and maybe too scared to say anything. You probably killed him from all that stress you caused,” Roger ranted, not realizing how shocking his words were to Suzanne. “So, I’m giving you a few months to move out, and Miranda is moving in here whether you like or not.”

“Roger…what? You think I killed your father?” Suzanne asked, choking up.

“Yes. Now, enough of this conversation. I want to give my fiancée a tour and have a pleasant evening,” Roger finished and walked out of the kitchen.

Suzanne was out of the house the next day, as she left almost everything. She and her late husband worked equally to buy everything and finish paying off that house. Now, she had to move back in with her parents – who loved and welcomed her readily – and deal with the fact that her son held so much resentment. It was heartbreaking for her. Soul-destroying even, mainly because he didn’t know the truth about his father.

Despite her struggles and the pain of seemingly losing her son after his harsh words and treatment, Suzanne built a new life for herself. She married a wonderful widowed man with two young daughters, and they loved her dearly.

Sadly, she hadn’t talked to Roger in a long time, so she didn’t know what to do when her son appeared on the doorstep of her new home, looking haggard, broken, and miserable.

“Roger? What are you doing here? How did you know where I live?” Suzanne asked, more confused than angry. But she wasn’t exactly ready to roll the welcoming wagon for him.

“Mom,” her son started but almost choked on his words. “I’m so sorry.”

Her son, now 29, cried on her doorstep. She hadn’t seen his tears since he was a child. He hadn’t even cried when his father died years ago. He was always so stoic and serious. And although she would never forget how he treated her ten years ago, Suzanne couldn’t help herself. She wrapped her arms around him and held him tight.

Roger came in, and she offered him something to drink, then he revealed the truth. He and Miranda got married a few months after Suzanne left. Everything seemed perfect. They did well in school and planned to start a business and a family soon. But a few years after his graduation, he discovered that Miranda had taken a home equity loan on the house without notifying him.

Worst of all, she had not paid any of the fees, and she left him for a rich man a few months before the bank foreclosed his home. He had to sell everything and move into the saddest apartment in the area because rent prices were through the roof, and he finally realized how advantageous it had been to own a house.

Afterward, Miranda filed for divorce, and despite being with a rich man, she wanted him to pay alimony and take everything he had left. Luckily, Roger had almost nothing, and the judge sided in his favor after he proved Miranda’s affair.

When he finished explaining everything, he begged his mother for forgiveness again and wondered if he could be part of her life again. Suzanne shook her head minutely.

“Roger, I can’t. I can’t let you back in. You broke my heart. My trust. Everything. You kicked me out of my house. Yes, it was yours legally, but it was the house I worked my entire life to pay off. It was not fair, and I can’t just accept this,” Suzanne explained as gently as she could. “If Miranda hadn’t done this, would you be here? Or would you still resent me for what you think I did to your father? Or for not liking her in the first place?”

Roger looked at her with the most sunken and defeated eyes in the world. “I don’t know,” he hung his head. “But I can promise you something. I will work to earn your trust back. And I will right my wrongs. Do you think you’ll be able to forgive me then?”

“I don’t know. Do you still resent me for the death of your dad?”

“You accused him of constantly cheating, Mom. I heard your fights. That’s what caused his stress,” Roger countered, running a frustrated hand through his hair.

“Because your father did cheat. Several times. That’s why we put the house in your name, Roger,” Suzanne revealed, making her son rapidly raise his eyes to hers. “It wasn’t because he was dying, although that certainly accelerated the decision. Your father thought she might be pregnant, and when he got sick, I convinced him to do it, so she wouldn’t be able to claim anything.”

“Yes. When your father died, I discovered she was never really pregnant. She had been lying to your father, and everything was in your name already so that she couldn’t claim anything anyway,” she finished, shrugging.

Roger sat there in silence for a few minutes, and Suzanne had no idea what he was thinking. But then, her son stood up. “I will make it up to you, Mom. I don’t know how. I don’t know when. But I will.”

Roger walked out, and Suzanne didn’t know what to think.

But a year later, he showed up at her house again. It was not as surprising as the first time because they had been keeping in touch. But this time, he had something for her. “Put your hand out.”

Suzanne raised one eyebrow but obeyed, and her son dropped a set of keys in her hands. “What is this?”

“Your house. I repurchased it. I have a few mortgage payments left, but it’s yours,” Roger said, tears gathering in his eyes.

Suzanne smiled crookedly as her emotions surfaced and hugged her son tightly. They both sobbed in each other’s arms, lamenting that a woman and a misunderstanding had caused their rift. But all that was in the past.

She finally accepted back him into her life fully, introduced him to her family, and they rebuilt their relationship again. But Suzanne had no idea what to do with the house. She had a new home and a different life, and she loved it. She didn’t want that house back, but she saved the keys, waiting for a sign to tell her what she should do.

Years later, when Roger was ready to settle down with a woman he had dated for a while, she decided to give him the keys back. “This is the right woman for you, and this was always meant to be your home. I love you, Roger. I always did, and always will,” she told him the day he got engaged, proving that a mother’s love is eternal, unbreakable, and limitless.