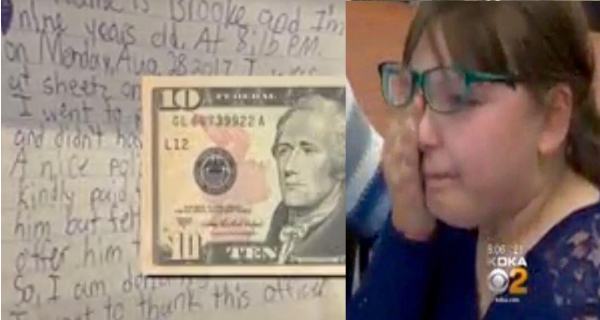 Donut shops became a safe place to write reports, get a cup of Joe, and to take a small respite when cars became the normal mode of transportation rather than foot patrolman. Then, and now, there are plenty of donut shops or convenience stores where law enforcement officers often stop for gas, a bite to eat, or even a visit to the restroom.

For whatever reason a state trooper was at the convenience store one day, his kindness to a little girl named Brooke left a big impression. Brooke waited in line to buy a snack of donut holes, but when she got to the register, she didn’t have enough money. 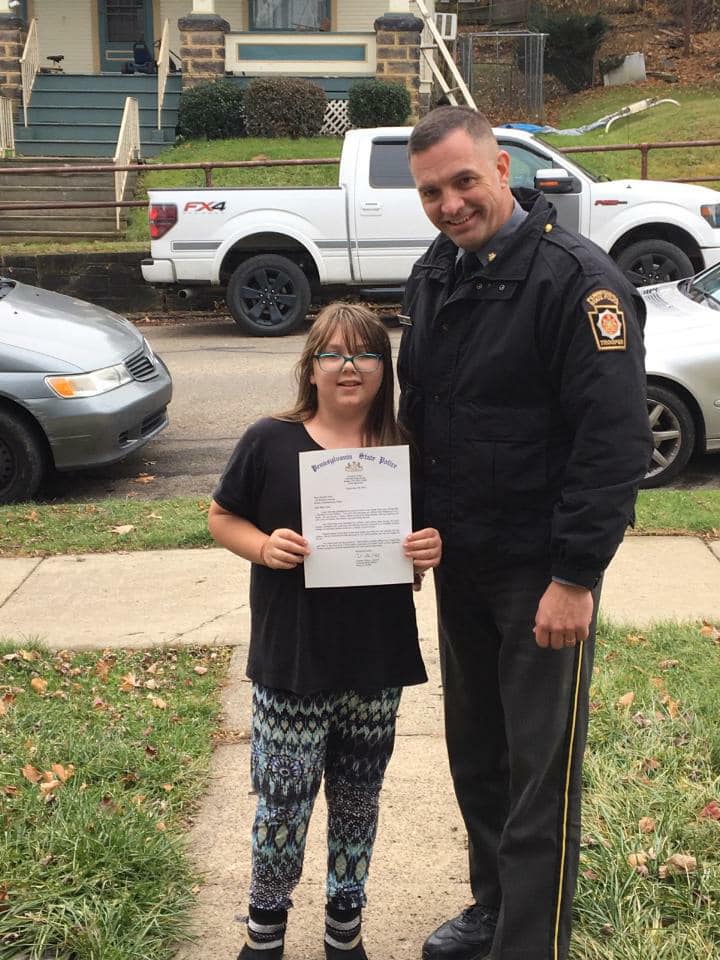 The kind officer behind her added the donut holes to his bill and a shy, and likely overwhelmed little girl, ran out of the store.

Cute story, right? But it does not stop there. 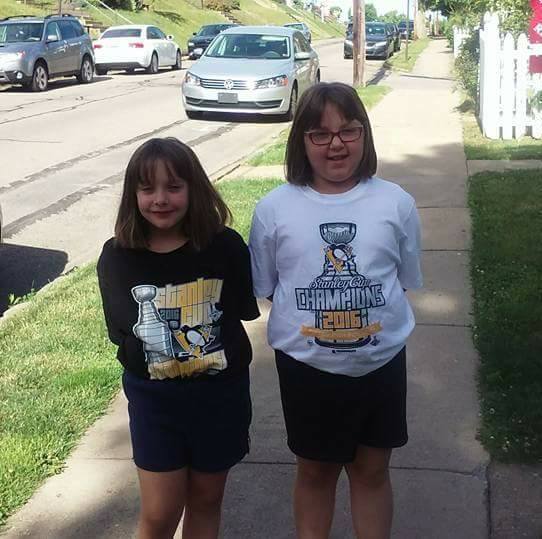 Little Brooke, then 9-years-old, wrote a thank you note and sent it into the Pennsylvania State Police. Brooke also repaid the trooper’s kind gesture with a crisp ten-dollar bill. The troopers at the local barracks decided to give young Brooke a gift: $50 and a gift card to a large chain store.

Young Brooke’s generous heart turned the gift from the PD into many gifts for needy kids through Toys for Tots.