Home » Struggling Dad of 4 Learns He Gets $1.3M House from an Unknown ‘Lisa Adams’ – Story of the Day 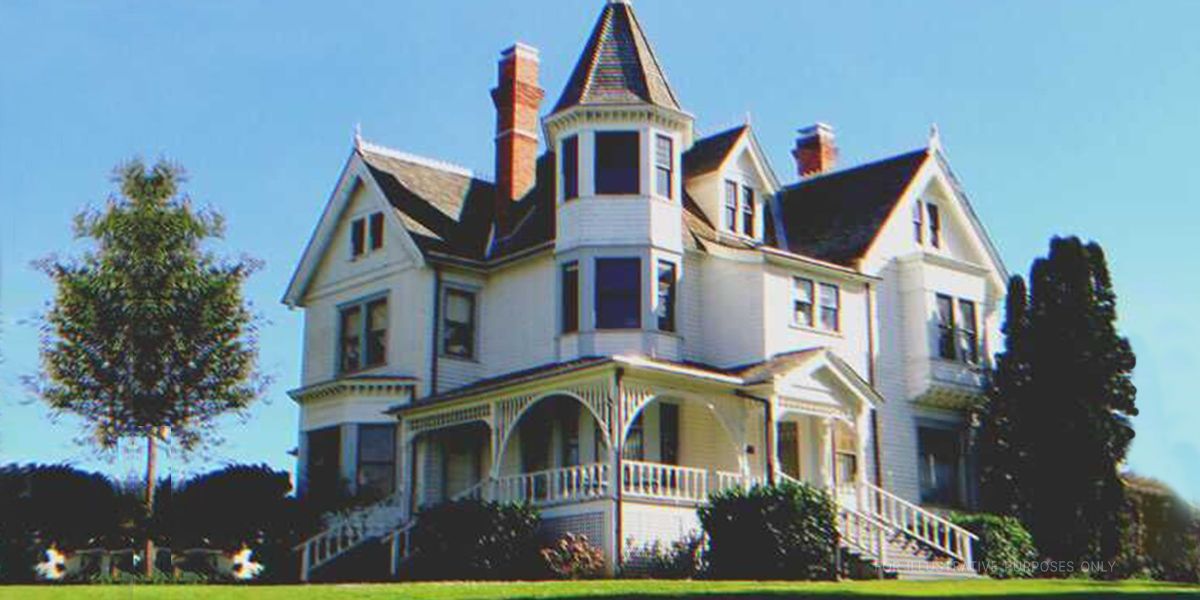 Struggling Dad of 4 Learns He Gets $1.3M House from an Unknown ‘Lisa Adams’ – Story of the Day

Ashton, a poor father of four, sold hot dogs for a living and struggled to make ends meet. One day, he received an unexpected call from a certain Lisa Adams’ lawyer and discovered he owned a $1.3 million home.

Before anything else, Ashton was a dad to his four boys—Ben, Rick, Harry, and Noah. His wife died soon after the youngest, Noah, was born, and after that, he raised his children alone.

Unfortunately, Ashton had a stroke at the factory where he used to work, and after doctors advised him that intense physical labor could harm him, he quit the factory job and began selling hotdogs for a living.

He ran a small truck and didn’t make much money, sometimes living paycheck to paycheck, but he enjoyed his job. He loved interacting with customers and listening to their precious stories and conversations.

One day, Ashton was working at the truck when he noticed a frail, elderly woman standing by the signal light across from his food truck, hesitant to cross the street. Her eyes were darting around in search of help, and Ashton dashed up to her.

“Good day, ma’am. Do you mind if I help you cross?” he asked, and the older woman’s face lit up.

“Of course, why not? How about you give that to me,” he said, pointing to her handbag, and after holding her hand in his, he helped her cross the street.

Helping others from the heart is a priceless gesture, and sometimes it brings unexpected rewards.
As they reached the other end, the older woman smiled again and said, “An angel. That’s what you are. God bless you!”

“No problem, ma’am. I run that hot dog truck across the street, and I just happened to notice you,” he explained, pointing to his food truck. “Stop by the truck someday, and I’ll make you the best hot dogs… my personal favorites are the ones with sesame buns!”

“Oh!” laughed the older woman. “Sure, sure. Thank you…” And leaning on her cane, she walked away.

Ashton went back to work at the truck, not knowing he would run into the older woman again.

A few days later, he was making hotdogs when he saw her there again, struggling to cross the street, so he rushed to help her. And before they knew it, they had become friends, sharing hotdogs and conversations.

However, because the older lady was bent and took her time walking, Ashton lost customers every time he assisted her. The older woman felt terrible, so she told him about her one day.

“Oh boy, you’re losing quite some bucks helping me! Doesn’t your boss reprimand you for that?”

Ashton laughed. “Yes, he was upset, but I’d hate to turn away someone in need,” he said, assembling a quick hot dog. “You see, life is about helping each other because God helps us every day.”

The older lady smiled. “You have a good heart, darling,” she said. “You certainly do! Nobody would do something like this for a stranger.”

Ashton hadn’t told the older woman everything. His boss was not pleased with him at all. He was enraged and furious, and he had warned Ashton that he would make up the losses from his paycheck.

Ashton gladly accepted that because he didn’t want to stop helping the older woman. She had told him she was lonely and that her only son never came to see her.

Two years passed, and Ashton and the older woman, Stephanie, remained friends. He started operating the truck for extra hours in the evening so he would not lose his salary, and he continued to help her cross the street.

One day, Ashton was making hotdogs when his thoughts were drawn to the signal light across the street. Stephanie should have arrived by then, as it was a Thursday evening.

“Is she ill or running late?” he wondered.

The whole day went by, but Stephanie didn’t show up. Ashton thought it was weird because there had never been a Thursday when she wouldn’t be there. That’s the day when she used to meet her friends.

“Maybe she is sick. I wish I knew where she lived,” he thought as he closed his food truck that day.

Weeks passed after that, and Stephanie didn’t show up. Ashton could do nothing but wait for her to appear on the street again because he knew nothing about her other than her name.

One day, Ashton was setting up his food truck when he got a call from a private number.

“Am I talking to Mr. Ashton?” asked a heavy voice on the other end of the line.

“Good day, sir. I’m speaking on behalf of Mrs. Lisa Adams, and I’d like to meet you at my office at 3 p.m., if possible. I’m her lawyer, and if I’m not mistaken, you’ve been close to Mrs. Adams.”

“I’m sorry, but I guess you have the wrong number. I don’t know any Lisa Adams,” said Ashton.

“Oh wait!” cried Ashton. “Stephanie, yes, I know Stephanie. Is she alright? I haven’t seen her around. She used to walk down that street, and—”

“Mr. Ashton,” the lawyer intervened. “I’m aware of everything. You were very generous to her. I’d like you to meet me at my office. There’s something I’d like to tell you personally. I hope that’s alright.”

“I’ll send you the details soon. Thank you,” and the lawyer hung up.

Ashton was confused and worried. Why didn’t the lawyer tell him anything about how Stephanie was?

Ashton visited the lawyer, Mr. Farrell, that day, and he was shocked to learn Stephnie had passed away. She’d left him a letter as well as her $1.3 million home.

Thank you for the hotdogs and for being such good company. To be honest, I prefer the regular ones over the sesame ones, but I know they’re all special because you made them with love.

Ashton dear, I’m sorry, I won’t be there by the time you receive this. I know the kindness you showed me is priceless, but I wanted to give you all I have, so accept it with my gratitude. My son has a good life, and he is too busy to think about his mother anyway. You once told me how your kids struggle in a small house. I hope this will help your family.

You are a nice man, dear. Your boys are lucky to have a father like you. Please be happy and healthy.

With lots of love and gratitude,

“Jesus!” cried Adam. “What happened to her? How did she… what happened?”