Home » Students Are Enraged When Their Coach Returns Home From A Military Deployment. 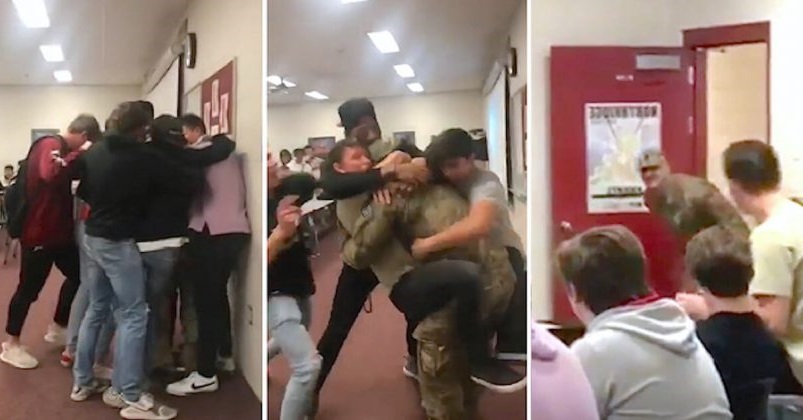 Students Are Enraged When Their Coach Returns Home From A Military Deployment.

When Army National Guard captain Drew Olson spent five months overseas in Afghanistan, his wife and children weren’t the only people who missed him terribly.

Drew’s regular job in Layton, Utah was as a social studies teacher as well as football and basketball coach at Northridge High School.

So in addition to challenging his wife and two children, his deployment also affected his many high school students.

His students managed to keep in touch with their teacher and coach by sending him care packages and even birthday cards while he was deployed.

Even though he was stationed half a world away from them, this ability to keep in touch helped to strengthen the ties felt by both students and teacher alike.

Drew admits that his coaching duties helped him form a special connection with his Northridge High team of students since they experienced many emotional moments together in the form of adversities, disappointments as well as victory celebrations.

When Drew got the good news that he was going to be able to return home from Afghanistan earlier than anticipated, he planned on keeping this news secret in order to surprise his loyal students.

When the Army veteran burst through the doors of his classroom to greet his students, everyone’s face showed a mixture of excitement and sheer joy at his unexpected early return.