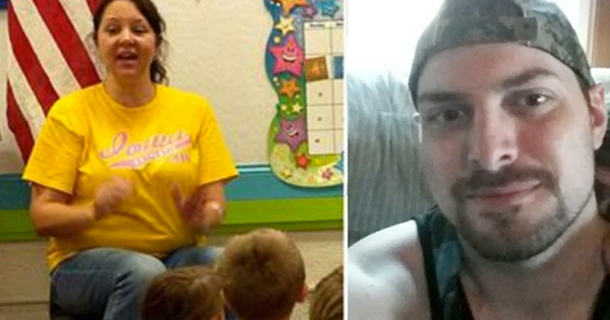 The world may be crazy sometimes, so many bad situations and events that happen each day. Hardships and pain occur but this world is still a good place and the people in it are too.

Teachers are a good example of people doing good things. Alot of them do a great job teaching our children and making sure they have good morals and values.

Let’s go into a story about a good preschool teacher named Nancy Bleuer.

Nancy Bleuer, 54, is a preschool teacher from Mason City, Iowa. She’s a capable teacher of her three- to five-year-olds. And she often goes above and beyond to make sure her students are taken care of.

Earlier this year, Nancy looked into four-year-old Camden’s eyes and realized he was sad.
The caring teacher took the time to talk to the little boy and listen to what was bothering him.
Camden told her something about his dad that broke her heart and made it impossible for her to hold back the tears.

It turned out that Camden’s father, Darreld Petersen, suffered from a serious illness.
His kidneys only worked at 20 percent capacity and he had to go for dialysis regularly, reports Inside Edition.
As Darreld’s condition deteriorated, Camden became increasingly depressed. For understandable reasons, the four-year-old was terrified at the thought of losing his dad.

When Nancy heard about the situation, she immediately decided to act.
Others might have offered to babysit, shop for food, or do anything else they could to help Camden’s family through the difficult time — but Nancy went even further.
She offered Camden’s dad one of her kidneys.
Miraculously enough, Nancy was a perfect match — and she quickly filled out all the paperwork.
“I was ecstatic. I don’t know what I would’ve done for closure if I wasn’t a match,” she says. 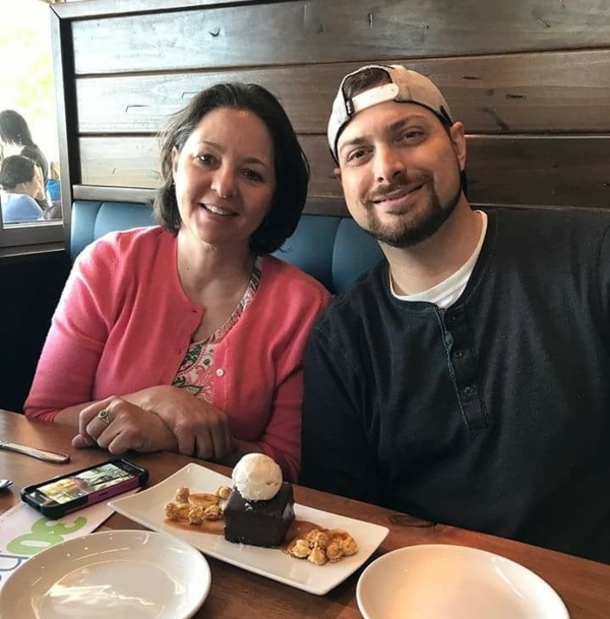 Camden’s dad was shocked and overjoyed by Nancy’s kind offer. Her kidney would save his life.

“It’s just amazing. There are people waiting every day for a kidney, for an organ in general. I wish there were more people like her. She’s giving me a second chance at life,” Darreld told ABC News. 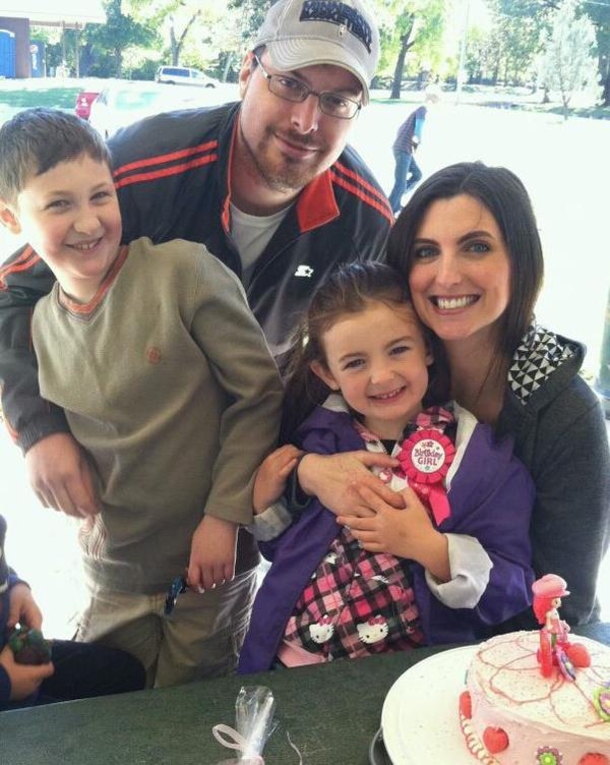 When the family found out that Nancy’s kidney was a match, they decided to surprise her with flowers at school.
Camden was delighted that his teacher was going to help save his dad’s life.

Thanks to Nancy, the Petersen family has a bright future! The surgery took place on June 1, and both Darreld and Nancy are now recovering.

Isn’t it wonderful that there are such kindhearted people in the world? If everyone were as selfless as Nancy, the world would be a much better place.

Hopefully, Nancy’s kind gesture will inspire others. We wish her and Darreld a speedy recovery.

Please consider sharing this article on Facebook if you also want to pay tribute to Nancy’s incredible gift to Camden’s dad!