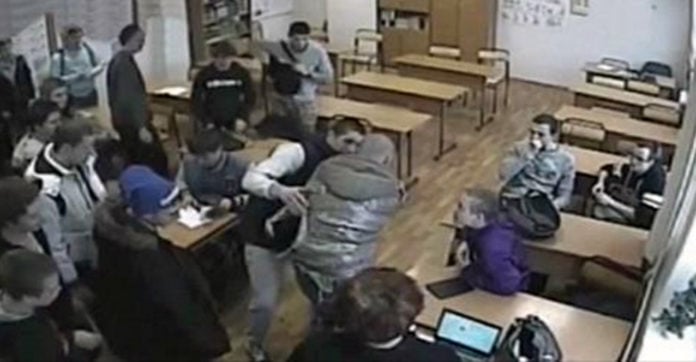 Teacher Watches As Chronically Bullied Child Is Murdered In The Classroom

A Russian teen is dead. Sergei Casper, 17, was the victim of a cruel prank.

The bullies that usually tormented him decided to wrap him in plastic wrap, which made it harder for him to move.

The bullies then escorted Casper back to class.

He stumbled and fell.

As he fell, his throat hit the teacher’s desk.

Even after he fell, his classmates laughed and taunted him.

The teacher did nothing at all to stop it.

At some point, the students realized that Casper was in serious trouble.

But it was too late. Casper died.

Casper’s parents are wondering why the teacher didn’t stop the attack.

I am wondering the same thing.

The video above shows some of the events from that day.

Bullying is no joke.

Teach your children to be nice to one another.