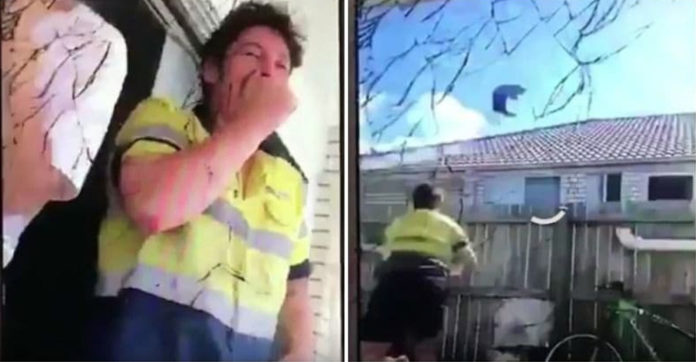 Samuel Conroy, 19, from Ipswich City, has apologized after he was caught on camera laughing after throwing a cat into a brick wall.

The video, which shows Conroy tossing the cat over his neighbor’s fence and into a wall, received outraged responses when it was posted on Snapchat. The footage captured also shows Conroy laughing when he sees what he has done, alongside a number of other friends, who are also laughing.

Things came to a head when concerned viewers sent the video to the RSPCA of Queensland. Some detective work narrowed down the location of the incident, and eventually, the perpetrator was revealed. Upon receiving backlash, Conroy apologized to the public be reaching out to 9news Australia.

Conroy detailed his side of the story, saying that the cat was left behind by the previous owner of the house and that no one in his home wanted to take care of it. He said that he had done the deed in a weak moment of anger and realizes now he should have taken a moment to breathe and use his brain instead of his rage. He also added that he was aiming for the roof of the next house, but misjudged the distance.

Conroy also stated that he turned himself into the police when he found out the severity of his actions. On top of that, he explained that he hadn’t laughed at the cat, but because he turned around and realized that he was being recorded, which he was not aware of in the beginning. He also said that he felt bad for his actions very soon after and went to check on the cat and feed it. Finally, he apologized for the incident and said it was his fault and that he was wrong to do it.

Meanwhile, the cat is now in the care of the RSPCA, and the organization plans to press charges against Conroy soon. Conroy has also said that any punishment he receives will be well-deserved.