A 16-year-old girl was kidnapped while waiting for a bus this week near Denver, Colorado, but she was able to escape by grabbing a knife and stabbing her abductor.

According to reports, the unidentified girl was waiting for a bus in Edgewater when the suspect pulled up near her to ask for directions. He offered her a ride home, which she accepted.

Once she was in the car, the man veered off into an alleyway where he threatened her with a knife before tying her up with a rope and driving away.

The brave teen made two attempts at escaping. After being in the car for an hour while the suspect drove, the girl was able to get the back door open and dangle her legs out in the hopes of another vehicle seeing her. That plan unfortunately did not work, so the girl had to think fast. She was able to free one of her hands from the rope, grab the suspect’s knife that was on the floorboard, and stab the man in the left shoulder near his rib cage.

The man quickly stopped the car after being stabbed and the girl was able to escape him, running off the highway to the closest residence and calling the police.

“She kept her cool, which is tough to do in a situation like that,” said Edgewater Police Chief John Hough. “She had a plan and she carried that plan out. She basically saved herself from a much more serious incident.” 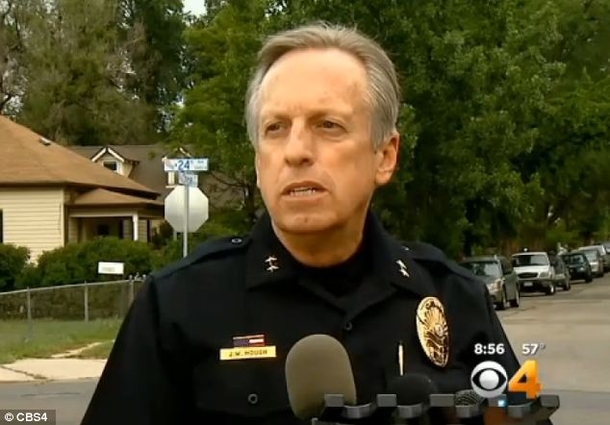 Police say the suspect is still at large, but the girl turned the knife over to police after she was treated for injuries at a nearby hospital. Authorities are hoping to match DNA from the knife to the suspect.