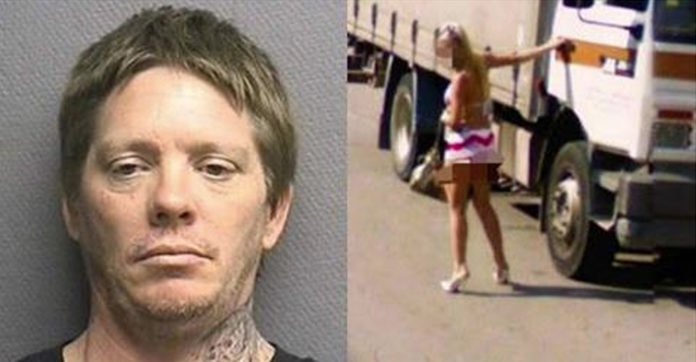 Texas Dad Gets 30 Years For Forcing Teen Daughter Into Prostitution

Parents all have their own method of disciplining their children.

A judge in Texas sentenced a father for forcing his daughter, 16, into becoming a prostitute.

Yes, Scott Rodney Robinson, 46, was punishing his daughter for being sexually active by making her become a prostitute.

That was her punishment. Crazy, right?

Robinson was charged with a first-degree felony (aggravated compelling of prostitution). He pleaded guilty.

Robinson decided that since his daughter wanted to have sex, she should have it (over and over).

The teenager had been having sex with some boys. Robinson made her ‘service’ several truck drivers each night at local truck stops.

She even collected the money.

This is not the first time Robinson has had a run-in with the law.

He has faced charges of criminal trespass, auto theft, burglary, and unauthorized use of a vehicle.

Would you believe that Robinson even posted advertisements with photos?

He described his daughter as “sexy and sweet” and that she was hoping “to party.”

The police arranged for an undercover officer to ‘meet’ with Robinson’s daughter in a motel room.

The girl’s stepbrother drove her to the hotel and met the undercover officer.

The girl’s stepmother and stepbrother were both arrested because they knew what was going on.

The two admitted knowledge and cooperated with authorities. Robinson will spend the next 30 years behind bars.