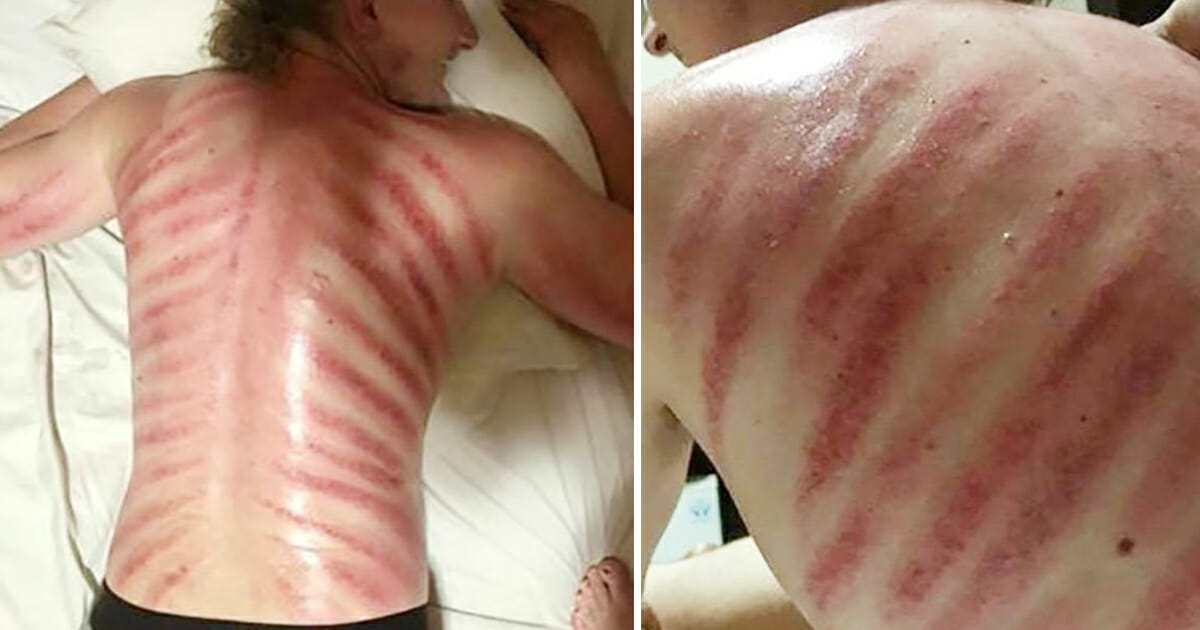 Most people who go on vacation will get a massage.

This is especially true in countries such as Thailand, where it is customary to get a massage or spa treatments at floor prices.

But you should always ask and find out what types of massage the place offers. If you don’t do so, as one Australian couple has discovered, the result can be fatal and ruin the holiday.

Bali, Indonesia, is a popular destination for tourists from all over the world. This is not surprising given that the place looks like heaven and is also very cheap.

Candice Raison and her husband Matthew, from South Australia, were in Bali for six days when they decided to treat themselves with a massage.

But what they expected to be a soothing and pleasant massage became something completely different. Matthew was in shock to discover large red stripes all over his back the next morning. Candice Raison told the Daily Mail Australia that the couple decided to book a massage through an online app. The service includes the masseur arriving at the client – and Candice and her husband were too tired to leave.

But when it was Matthew’s turn to get a massage, the masseur asked if he was interested in ‘getting the red dragon out of him’.

The couple did not understand what the masseur wanted to do, but they assumed it was some kind of a prayer.

“I don’t know what you are saying, but my husband is willing to try anything, so go for it!”, Candice replied.

Talking to the Daily Mail, she described how the woman began engraving her husband’s body with a coin, telling them there would be a red dragon tomorrow. This type of treatment known as ‘gu sha’ is supposed to release impure substances from muscle tissue.

Caregivers do this by using stones or a coin side to scratch the patient’s back. And usually quite appalling red marks remain on the body.

The next day, Matthew’s back was covered with red stripes, from the neck and then to the tailbone.

Despite the initial shock, Matthew still managed to smile. “You could say we all cried with laughter”, Candice said.

Matthew has been working with heavy equipment in recent years that has caused him severe back pain.

The signs were gone

“Since then he hasn’t even once complained of back pain!”, revealed Candice.

The coin did not break the skin, despite the red marks, and five days after the massage, Matthew’s back returned to normal.

“The signs are almost completely gone”. Everyone knows that a regular massage is a wonderful and pleasant experience.

But even though Matthew’s situation has returned to normal, it’s always worth finding out what you ‘order’ beforehand. If the masseur asks if you want a red dragon, you may want to think carefully about it before you answer.

Or maybe it’s just what you need to get rid of back pain.

Please share the information so that more people are aware of it!