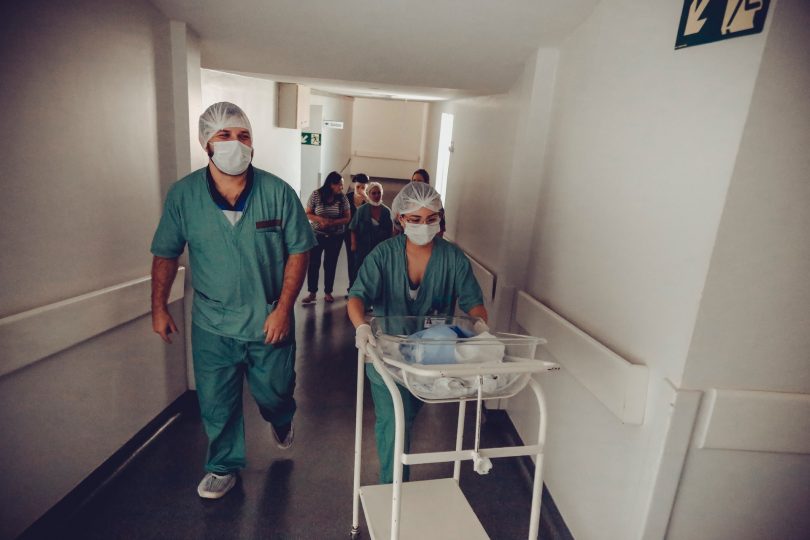 The story of a man in Poland going into a coma for nearly two decades and later waking up became the talk of the town after an article covering the intriguing details was published in the Polish newspaper.

It all started in 1988 when the man named Jan, who worked at the railway, suffered a tragic accident during which a severe head injury was inflicted upon him. Considering the fact that the medical facilities were not as advanced back then, the doctors couldn’t do much for Jan, who fell into a deep state of unconsciousness at that time. His wife, Her Tudor, was obviously shattered, as the team of surgeons had lost all hope, saying that Jan couldn’t be brain dead any minute and wouldn’t survive that long. However, Gertuda kept praying for her husband, waiting for a miracle that could save his life against all odds, and shockingly enough, it did. Despite the doctors believing that Jan could never make a full recovery or regain consciousness ever again, he reportedly started breathing on his own 19 years later and didn’t need life support anymore.

The news was obviously shocking for everyone, as TV channels, media outlets and several renowned newspapers around the country started interviewing Jan once he was discharged from the hospital. According to the detailed article that covered the story, Jan was initially perplexed because of the countless changes that had taken place while he was in a coma. Firstly, in 1988, he had four children and when he woke up he was pleased, yet surprised to meet eleven grandchildren. The family had surely expanded and the aged man had a lot of new faces to get used to. Moreover, technology had also improved immensely over the 19 year time frame.

According to his interview with a Polish TV channel, Jan was reported saying, Now I see people on the streets with mobile phones and there are so many goods in the shops that it makes my head spin. The market had a much larger variety of items, the infrastructure around the city had been modernized, and people’s lifestyle in general had changed a lot as well. All this was surely a lot to process for Jan, who was getting famous around the country as the man who defeated all odds and woke up from a 19 year coma. However, an unexpected twist was added in the story when a different version of the news came out, thanks to the Guardian newspaper that decided to dig in deeper instead of believing everything the media was telling people, the actual truth about Jan’s journey finally came out. Turns out he had been in a coma for only four years, not 19.

Jan dropped the shocking bombshell during his only trustworthy interview that was conducted by a reporter from The Guardian. I never said any of these things. I only spoke to one journalist and what they said was not true. Every time the story was printed, new things emerged. Jan admitted the details previously spread by others were fabricated.

Kurteta confirmed it herself, saying that her husband was wheelchair bound and ill for years, but he could listen and respond. Jan was not in a coma for the whole time, she told the reporter from The Guardian. He understood everything I said to him at first he used his face to let me know whether he wanted anything to eat or drink. Later, he spoke through TV and news. He was fully aware of the advancements taking place over the years.

Therefore, the changes weren’t as shocking for him as portrayed by the media outlets. I saw all the things that they claimed I had not seen, although I could not always express myself. I saw the news on TV so I was informed and I had also met my grandchildren. Jan revealed, rejecting all the false claims that were circulating around regarding his story. At last people got to know the real truth about his life.

Regardless of whether he stayed in a coma for 19 years or four, Jan’s faithful wife Gertuda never left his side and thanks to her unwavering support, Jan came out healthier and stronger than before. That’s it for today. Thank you for watching. Subscribe for more heartwarming stories and check out one of the two videos on your screen for another amazing video. You.