Home » The mother heard a bang and ran to the car. When she saw her son’s head, her blood froze 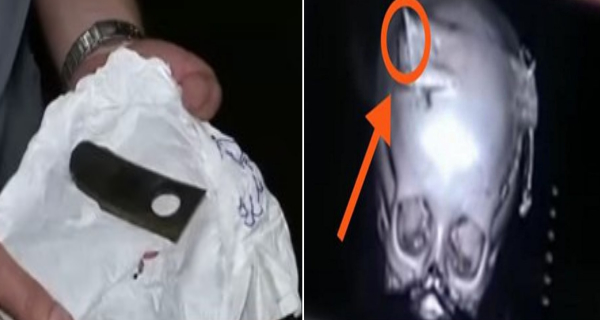 The mother heard a bang and ran to the car. When she saw her son’s head, her blood froze

It was a hot summer day in June in the Ukrainian city of Zhovti Vody. Svetlana Tsirunova and Vasil Stuliy wanted to make the most of it, so they decided to take the kids to the beach. The entire family looked forward to a day of sun and fun — they had no idea that a few hours later that beautiful day would soon turn into their worst nightmare.

Vasil found a place to park near a field where a massive mower was cutting the grass. The kids remained in the car while their parents unloaded the beach bags and prepared to head for the surf. What happened next was like something from a horror movie.

Suddenly, Svetlana and Vasil heard something that sounded like an explosion followed by desperate cries from their daughter. When they looked in at the backseat, what they saw was like something from their worst nightmares: their four-year-old son Danil had collapsed onto his sister’s lap. He was drenched in blood and had a piece of black metal sticking out of his head.

The horrified parents jumped back into the car and sped off to the closest hospital. When doctors saw what was stuck in the young boy’s head, they could hardly believe their eyes: it was a lawn mower blade! Police later determined that the blade had come from the mower near the beach. It had broken off, flown several yards through the air, smashed through the car window and lodged in Danil’s head. Experts who questioned the lawn mower operator and examined the machine were shocked. What was the likelihood of such a freak accident actually happening?

The blade was 18 inches long and nearly two inches wide. Danil should have been killed on the spot, but against all odds he managed to survive the horrific incident. However, he was still in critical condition and doctors had to fight for days to stabilize his condition. Although still alive, the blade had damaged Danil’s brain badly and he was in a coma. At this point, the doctors were not optimistic and told Svetlana and Vasil that their son would probably never wake up.

When this news report (in Ukrainian) about the accident was broadcast on TV, hundreds of people began to campaign on social media and managed to raise donations to help with Danil’s medical treatment.

Danil’s parents prayed desperately for their son and soon it appeared that their prayers had been heard. Ten days after the accident, Danil opened his eyes. Although he still couldn’t move or speak, it was still a sign of hope. Doctors, however, were still not optimistic and warned Svetlana and Vasil that their son would never fully recover. But apparently Danil didn’t hear that warning and decided to make other plans. Having always been a very active child, he found it difficult to lie around in bed all day. Soon he was taking his first steps since the accident, and a few weeks later he had regained complete control of his body.

Danil’s recovery was nothing short of astounding. Week by week he became more active and soon he was jumping around and playing like all the other kids his age. To stay on the safe side, Svetlana and Vasil make him wear a helmet to prevent any further damage to his skull, but Danil doesn’t mind – he thinks it looks pretty cool! And by the end of 2021 Danil was even able to speak again. Needless to say that the doctors who’d had so little hope for boy were completely amazed at his quick and complete recovery.

The next step is for Danil to have a titanium plate implanted in his head to replace the bone that was shattered by the lawn mower blade. Once that’s done, there’ll be no stopping him! Danil is now a healthy and happy boy who has his whole life ahead of him — and if he can survive a lawn mower blade through the head, he’ll be able to handle anything. Stay strong, Danil!