Home » The Reason They Are Changing The Name Of Monkeypox Will Absolutely…. 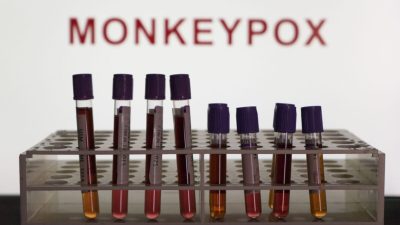 The Reason They Are Changing The Name Of Monkeypox Will Absolutely….

The health department of New York City clarified that it will now refer to the virus as MPV shortly after announcing the first two deaths associated with monkeypox in the city on Friday. The NYC Health Department said it is worried about the “inaccurate and stigmatizing label” that goes along with the virus’ name in addition to the virus itself.

According to the Centers for Disease Control and Prevention, monkeypox, which is primarily transmitted through male-to-male sexual activity, arrived in the United States earlier this year and has since infected close to 30,000 people. As of Friday, six people had died from the disease (CDC).

The city’s health department said, “Moving forward, the Health Department will refer to the virus as MPV. The previous name is an inaccurate and stigmatizing label for a virus that is primarily affecting a community that has already suffered a long history of bigotry.”

NYC Health said it also asked the World Health Organization to change the virus’ name because calling the virus monkeypox creates a “stigma” that prevents people from seeking treatment if they contract the virus.

At any city-run vaccination site, NYC Health urged “anyone of any sexual orientation or gender identity who is at risk” to receive both doses of the monkeypox vaccine.

Monkeypox can likely cause painful rashes and blisters, the symptoms include fever, headache, cough, sore throat, and nasal congestion. The CDC claimed that this disease can spread through skin-to-skin contact that often happens through hugging, kissing, extended face-to-face contact, and sexual intercourse.