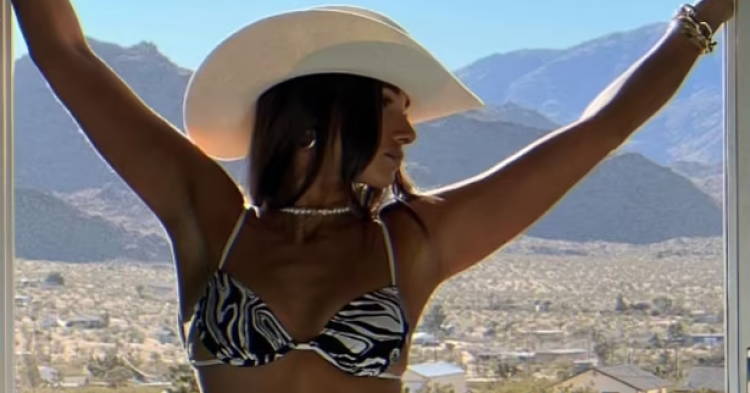 A fashion influencer is under fire for using the Ukraine-Russia conflict to raise her clothing brand’s visibility.

WeWoreWhat founder Danielle Bernstein, who boasts 2 million Instagram followers, is said to have taken to the site to promote her new swimwear line, which was due to be launched on March 1.

She also said that proceeds of the swim launch would “go towards to an on-the-ground organisation in Ukraine,” amid the current Russian invasion.

The caption has been edited following major backlash.

The original caption read, “‘When I say you can do both, I truly mean it. You can post about fashion and post about world issues. You can raise awareness for your new collection while also raising money to give back.”

She added, “You can go about your day while also showing compassion and reaching out to others.” 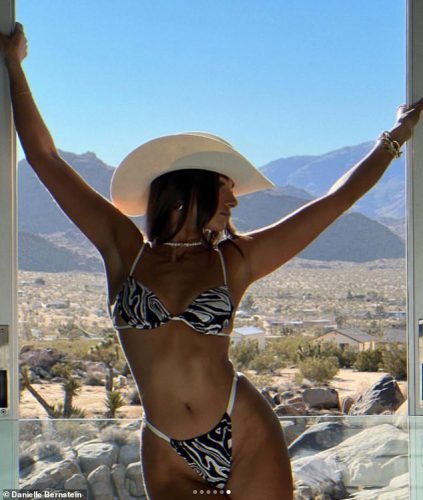 Cleary, Bernstein was trying to use the invasion of Ukraine to benefit her fashion brand.

Bernstein, 29, concluded the post by plugging her new swimsuit collection and telling her followers that “proceeds from the swim launch are going towards an on-the-ground organization in Ukraine. Stay tuned for more giveback for this collection.”

The comments under the post have been turned off, but critics chimed in when Diet Prada, an Instagram watch group that follows fashion accounts, shared screenshots of Bernstein’s post.

The edited caption claimed that Bernstein’s charity, We Give What, has given $250,000 to Global Empowerment Mission, which works to help curb the growing refugee crisis across the world. Nevertheless, fans of the fashion blogger were still furious at her for trying to use the invasion of Ukraine to promote her brand.

“Almost every single @shopweworewhat launch has given back hundreds of thousands of dollars to an extremely important cause, and I couldn’t be more proud of that. This will be no different,” the updated caption reads. “Two days ago, our team sent $250,000 worth of refugee relief to Ukraine. Because of the current situation, we are delaying the launch date and making a second donation of $5,000 to our @wegavewhat partners @globalempowermentmission TODAY because we know it is needed NOW.”

However, Bernstein’s claims may be exaggerated.

Sustainable fashion expert Heidi Kaluza, the owner of The Rouge Essentials Instagram account, commented, “To be clear, you do not need to buy something (like a swimsuit) in order to fund Global Empowerment Mission. You can just donate what you would have spent, and then you don’t have to worry about where it goes when it falls apart.”