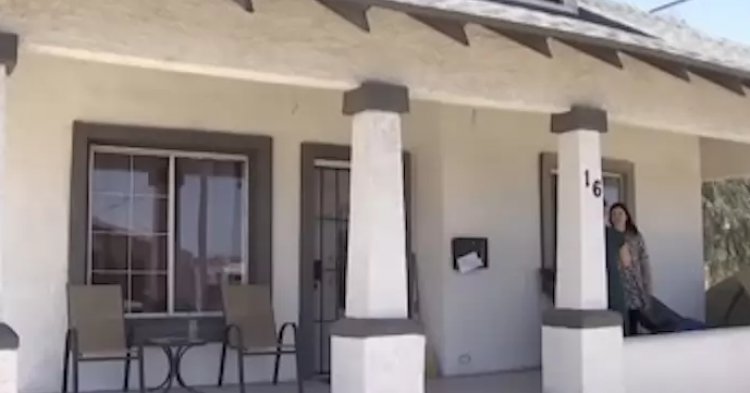 A woman moves into her new home and then she learns a homeless couple is living on her porch. What she did next will make your faith restored on humanity.

Compassion and a desire to make a difference can go a long way. Just ask Arizona Ph.D. student Liza Kurtz.

Kurtz recently purchased a home in Phoenix, where she’s working on heat and health as part of her studies. She got some real-life application of those skills when she discovered a homeless couple was living in a tent on the porch of the home she purchased.

Kurtz knew that Phoenix had a huge problem with its homeless population, but she didn’t think it was going to touch her life so closely.

The couple was staying with the permission of the previous owner, who agreed to let them keep an eye on the place until it sold. They anticipated the new owner would tell them to move on, but that wasn’t Kurtz’s way.

Kurtz never expected to inherit someone else’s charity case when she purchased a home in Phoenix. But that’s exactly what happened because the previous homeowner allowed a homeless couple to camp out on their front porch day in and day out.

“Of course we’re not going to move you on when the next place you go is a stretch of concrete with no shade, when the summer is coming on and things are heating up. It really is a health and safety issue in a lot of ways,” Kurtz told Inside Edition of her reasoning.

“At this point, we consider them kind of informal roommates. So they have keys, they have access to the bathroom, to the laundry, to the kitchen. The only thing we don’t really have for them is an extra bedroom,” Kurtz added. 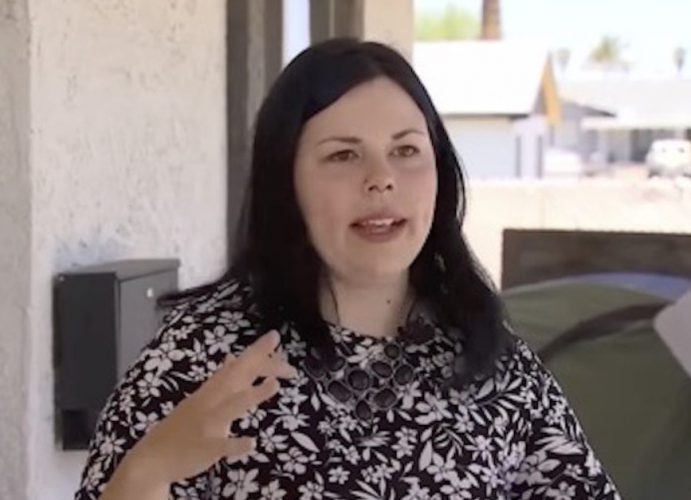 Out of compassion, Kurtz put up a blue tarp on the porch to provide shade for the couple. But, the City of Phoenix Neighborhood Services Department issued a notice of an ordinance violation saying that “visible tarps are against ordinance and that it needs to be removed,” according to Kurtz.

Normally, people would get angry and defy the notice. But Lisa took a different approach.

Kurtz has been in contact with the department and is explaining the situation. She says she’s grateful to have turned a negative situation into a positive one. 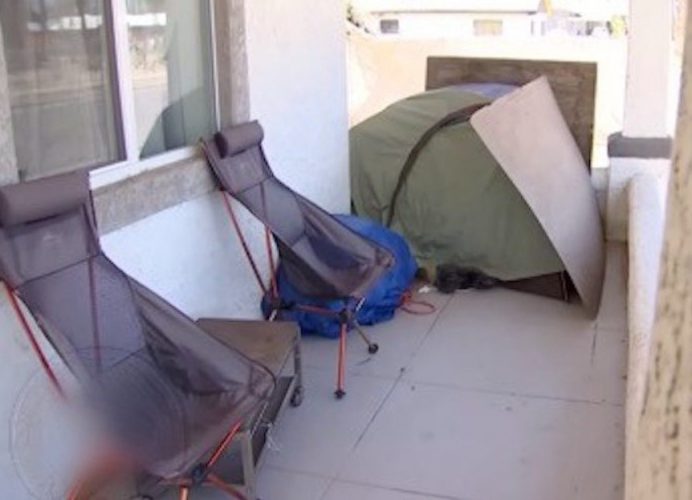 Aside from working with the city for an amicable resolution, Kurtz and others in the neighborhood have also been helping the couple to get back on their feet. Both members of the couple have secured job interviews and are optimistic about the future.

Kurtz helped the couple by giving them a tent. The City of Phoenix appreciated that Kurtz was fixing their problem for them.

“One of the goals of the City’s code enforcement process is to achieve voluntary compliance by working with property owners to address violations without getting to a citation, whenever possible. We appreciate residents who are responsive to notices, as well as residents who want to partner to provide support and solutions to the growing homeless crisis. This property owner has shown initiative and compassion, and we believe that by working together, the violations can be addressed without the need to issue a citation,” the City of Phoenix said in an official statement to Arizona’s Family.