Home » THIS 3-Years-Old Boy Died After He Ate a Grilled Cheese At School. His Mom Reveals The Terrifying Reason Why! 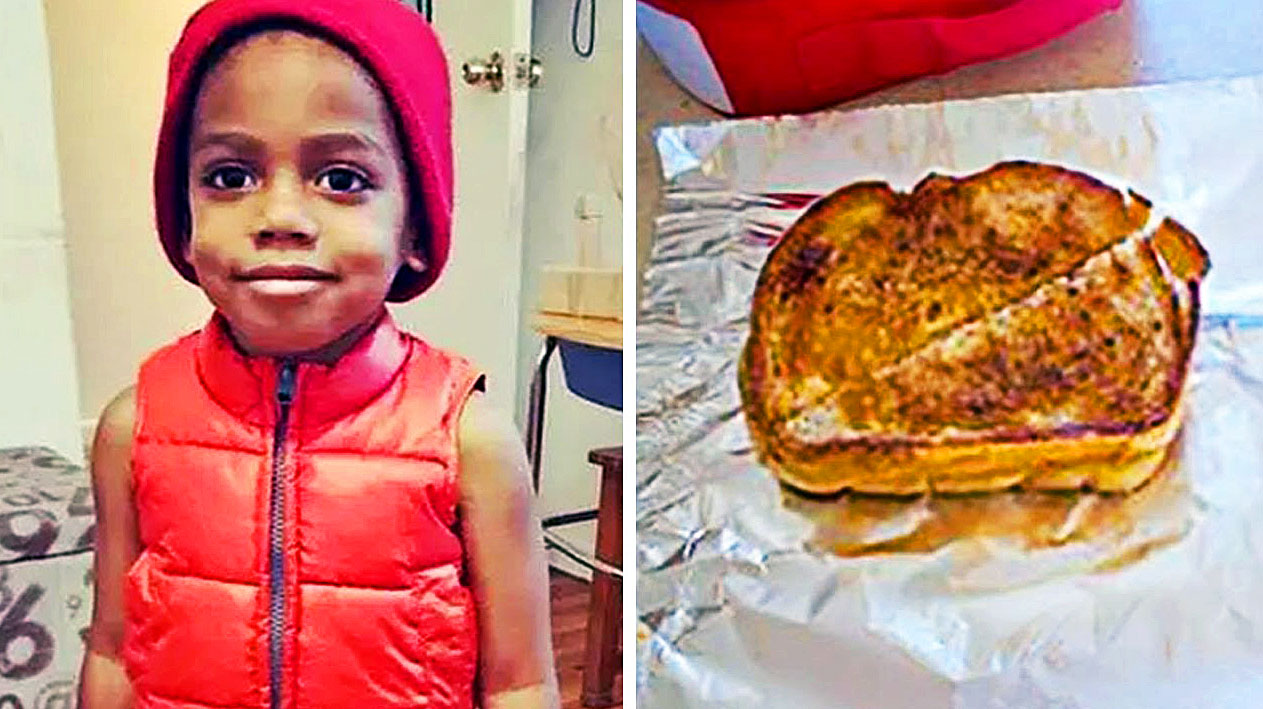 THIS 3-Years-Old Boy Died After He Ate a Grilled Cheese At School. His Mom Reveals The Terrifying Reason Why!

Food allergies seem to be popping up more and more within the human population. Whether it’s a gluten allergy, lactose intolerance or a nut allergy it seems like almost everyone you meet has at least one of these allergies. Now this is a bit of an exaggeration but almost 8% of kids under 18 years old have at least 1 food allergy.

This has caused a massive increase in awareness among restaurants, schools, hotels and just about anywhere you can grab some food. Many of these places just doing a full ban on foods such as peanuts,  shellfish and tree nuts. These 3 and the following are the most common food allergies in kids: wheat, milk, soy fish and eggs.

Even with these proper precautions in place, food providers being vigilant, careful and following exact protocol, accidents can still easily happen. Although the majority of the food allergies are the ones named above, some people have more rare food allergies that they may or may not even know about until it’s too late.

This being said, many older kids and adults are aware of their food allergies and if they accidentally consume a food that contains their allergy trigger, they sense the signs and symptoms as they are coming on and know exactly how to proceed in order to avoid a tragedy.  Some people carry Epi-Pens and/or other anti-allergy medications just in case. If they sense this is a really bad allergy attack they know when it’s time to call the EMS and hospital to get it treated properly before it is too late.

This brings us to younger children who really can’t grasp the concept of food allergy and rely on their caregivers and other trusting adults to give them the right foods that won’t cause an anaphylactic reaction. Many schools and their faculty are fully prepared just in case a student needs help immediately.

The problem is sometimes, adults forget or just don’t know that the child they are caring for has a food allergy. Which brings us to today’s story which features mom Deana Silveira and dad Thomas Silveira and their little 3-year-old son Elijah Silveira. Their young boy Elijah was attending the 7th Avenue Center for Family Services which provides care for children who are under the age of 4. Some of the perks of the center are tasty and healthy meals, care for kids with special needs and just an overall good environment for your child to spend the day.

On one morning in November something happened that nobody saw coming. Elijah was off to his Pre-K classes at the Family Services Day Care just like any other day normal day of his young life. The morning ran smooth, nothing was out of the ordinary until lunch time. One of the faculty gave Elijah a grilled cheese sandwich that fateful day in November. Allegedly the employee was aware of Elijah’s dairy and other food allergies but it must’ve just slipped their mind that day.

The child ate the grilled cheese sandwich and minutes later fell to the floor in anaphylactic shock! The center had a full protocol in place if this situation ever occurred. First, inject the child with an Epi-Pen, Call 9-11, do CPR if the child is unresponsive until the medics show up and finally call the child’s parent and let them know about what is happening!

For some reason that day in November none of the proper protocol was taken. Elijah wasn’t injected with an Epi-Pen, 9-11 wasn’t called, however all they did was call his mom Deana and told her to pick him up and bring him to a doctor or the hospital. His mother frantically ran out of the house, got to the center as soon as possible and drove her son to the hospital.

At the hospital the doctors and nurses tried everything they could, but because too much time had lapsed Elijah was beyond the point of no return. Elijah was pronounced dead at the hospital on that tragic and fateful day in November.

Next, an investigation began to try and piece together what happened that horrific day that led to this young boy’s untimely demise. Investigators quickly learned that all the protocols that were in place were ignored and that the center failed on every level! The Family Services Day Care Center was shut down indefinitely due to negligence and being the reason this family lost their child.

Elijah’s tragic story is a stark reminder that one simple mistake can lead to the death of a child.