Home » This Doorbell Camera Caught The Worst Accident They Ever Imagined… 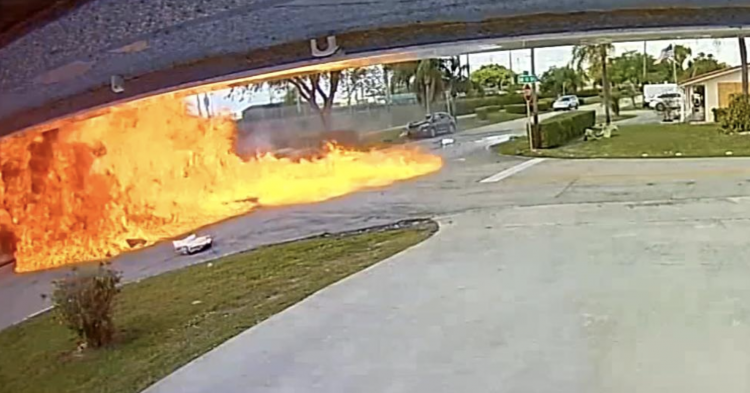 This Doorbell Camera Caught The Worst Accident They Ever Imagined…

A catastrophic plane crash was caught on video in Pembroke Pines, Florida. The small aircraft fell from the sky and directly hit an SUV the boy was riding in with his mom, Megan Bishop.

The Broward County Medical Examiner has identified the 4-year-old Taylor Bishop as one of the three people who were killed in the fatal incident, according to WTVJ.

The boy was riding in an SUV with his mother, Megan Bishop when the aircraft struck their vehicle and he succumbed to his injuries at a local hospital, the outlet reported.

The fatal crash occurred around 3 p.m. local time shortly after a single-engine Beechcraft Bonanza aircraft departed from the North Perry Airport, according to the Federal Aviation Administration.

The airport is located about twenty miles north of downtown Miami, and the plane crashed down into the city. The crash occurred in a residential neighborhood, according to police, which means the damage was even worse than expected.

Two people on board the plane were pronounced dead at the scene. 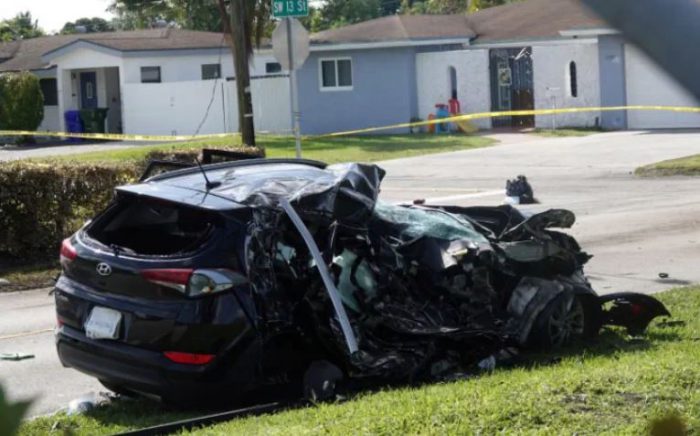 “Anytime anybody dies, it’s a tragedy that’s horrible,” said Broward County Mayor Steve Geller. “When you have a child that dies, it’s unimaginable, and our prayers are going out to the family of the child.”

The crash is under investigation by the FAA and National Transportation Safety Board. The North Perry Airport has thousands of flights each month, according to its statistical data. The airport describes itself on its website as “the second busiest general aviation airport in Florida.” The airport includes four runways, and the longest is 3,350 feet.

Anabel Fernandez was a neighbor whose Ring video doorbell caught the crash on video. She told CBS Miami she was in shock after the plane crashed just outside her home. She said she lives there with her children and she often walks outside with them.

“We heard like a bomb, like a tremendous noise and everything was on fire and it dived into a car,” she said. “I live right here. I walk with my babies every day. The plane could have got us all. I am in shock.”