Home » This Guy Sold One of His Kidneys For a New iPhone. But Then The Doctors Spot Something Horrifying! 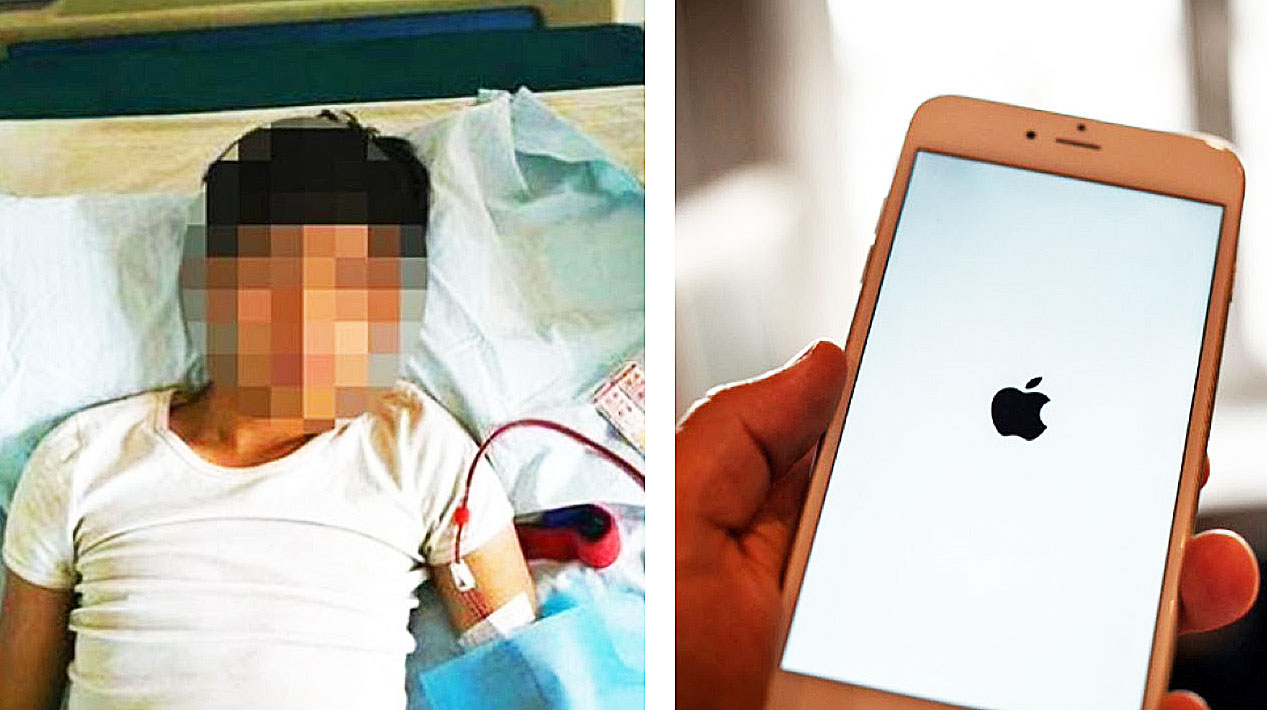 This Guy Sold One of His Kidneys For a New iPhone. But Then The Doctors Spot Something Horrifying!

We all know someone who has to have the latest and greatest gadget on the market.  For some it’s the fastest computer, others drool over the most advanced smart TV, but the one thing that people really go nuts for are cell phones.  It seems that consumers can’t get enough when it comes to smart phones and every year companies roll out ever more technologically advanced models.

For years the iPhone led the pack as the most sought after cell phone in the world and people were lining up to buy the newly released versions.  While the frenzy has died down quite a bit, the Apple brand still has loyal, die-hard fans who will only buy iPhones. One extreme example of this comes from the Chinese news media who ran a story about a man named Wang, also called Xiao Zheng little Jiang.  Wang really, really wanted an iPhone, but his parents could not afford one, so he ended up taking drastic measures to get one instead.

In exchange for one of his kidneys the 17 year old Wang was given 22,000 Yuan, which in US dollars equals about $3,227, which was enough to buy the phone he wanted.  The illegal deal and surgery were set up on the black market with some sketchy people he found online acting as middlemen. Unbeknownst to his parents or anyone else, he then travelled to a location in the Hunan Province where he met a surgeon and had his kidney removed.  On the way back he bought the iPhone 4 he so desperately wanted plus an iPad 2, and he thought that things seemed to be going well.

However, shortly after the surgery Wang’s health took a turn for the worse.  When he could no longer hide his declining health from his parents, they found out the shocking truth of what happened to him and immediately called the police.  Upon investigating the police found that the operating theater where he had his surgery was not properly sanitized and carried out in an underground hospital, which led to him developing an infection in his one remaining kidney.  Nine people who were involved in his surgery were arrested and jailed, while Wang and his family received 1.47 million Yuan ($214,130) in compensation.

Since then Wang’s health has only gotten worse.  By the time he told his family about the illegal surgery and went to a hospital for proper treatment his remaining kidney had become severely infected.  The damage was irreversible and without a kidney working to filter his blood he had to be placed on permanent dialysis. Now he is 25 years old and bed ridden, hooked up permanently to a dialysis machine, while his parents spend all their money on his treatment.  It goes without saying that no tech device is worth an organ or risking your life for. While Wang’s story is sad, it’s also a cautionary tale for teenagers who want the latest and greatest, no matter the cost.