Home » This Is How Biden’s Loan Forgiveness Will Come Back To Haunt Every Taxpayer…. 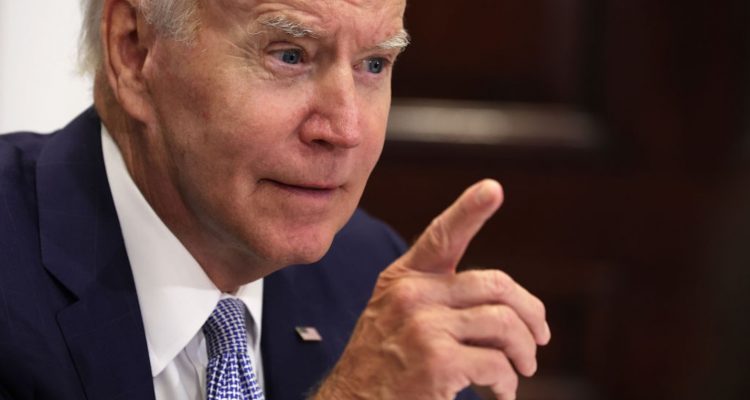 This Is How Biden’s Loan Forgiveness Will Come Back To Haunt Every Taxpayer….

President Biden signed an executive order earlier this week “Student loan forgiveness” to “forgive” (cancel) student loans between $10,000 and $20,000, affecting 43 million Americans and wiping out almost $244 billion in debt. According to him, the “forgive” will spare them from suffering financially as a result of the nation’s current economic situation, allowing them to “start getting on with their lives.”

But to be honest, this plan is reckless and erroneous, but it may be compassionate and understandable for some. For two reasons, Biden’s defense of his “forgiveness” program is flawed.

First, he fails to demonstrate that student loan borrowers have been negatively impacted by the pandemic to the point where it would be reasonable to exempt them from the requirement to repay all or a portion of their student loans.

Secondly, he fails to demonstrate that student loan borrowers have been negatively impacted to the point where they are more in need of or deserving of financial aid than other Americans with similar incomes. All taxpayers would be required to contribute to the expense of Biden’s proposed student debt forgiveness scheme.

Millions of people struggled to repay their college loans and were left in debt as a result. To make ends meet and meet their obligations, some of them had to work two or three jobs. Because this plan only affects those with outstanding loans, those who worked to pay off their loans will receive nothing in return other than a sense of loss. According to the Committee for a Responsible Federal Budget, approximately 70% of the money forgiven will go to those in the top 50% of the income bracket, while an estimate from Penn’s Wharton School found that 75% will go to those in the top 60%.

You’ll be hit with fees and penalties and ridiculous interest rates, if you went into tax debt to pay your loans on time, you get an even rawer deal.

The people who have private loans, which are typically more expensive, and those who decided to attend community institutions in order to save money are also losers in this arrangement. They made this sacrifice now in vain. They might have made quite different decisions if they had known they could have been pardoned. Others paid off their debt by working in positions related to public-interest jobs.

And to add, Biden doesn’t even have any clue that his so-called sweeping plan to forgive billions in student debt could come back to haunt the very students.

Federal income tax will not be due on the cancellation of federal student loan debt, but some people are finding that they may still be subject to hefty state tax obligations.

In certain states, student borrowers may incur additional taxes from $300 to $1,100 unless their governments specifically act to amend the tax code before the end of the year, according to Tax Foundation research.

If the state where they reside fails to designate forgiven student debt as non-taxable income, those who benefit from the plan — up to $10,000 in loan forgiveness for those making under $125,000 annually and up to $20,000 for Pell Grant recipients — could find themselves facing a state tax bill of up to $1,100.

Students who borrow in the following states: Arkansas, Minnesota, Mississippi, North Carolina, and Wisconsin— are likely to have their forgiven loans subject to taxation.

The entire cost and the number of participants in the Biden debt forgiveness program are highly variable but we also cannot fail to recognize that this relief is likely to cause greater damage.

Like, how big of an election year fraud or fiasco is this?

Well, some Democrats seem to believe that Biden’s move could benefit them in the polls and keep Republicans from winning the presidency and carrying out a host of unfavorable policies. But this is questionable. One reason probably is… the severe reaction to this.

As many people are anxiously waiting to begin the application process for student loan relief.  Not knowing that this so-called “student loan forgiveness” has moral hazard effects.