Home » This Is Why There Is Extra Wood On The End Of Your Chopsticks. I’m So Glad I Learned THIS! 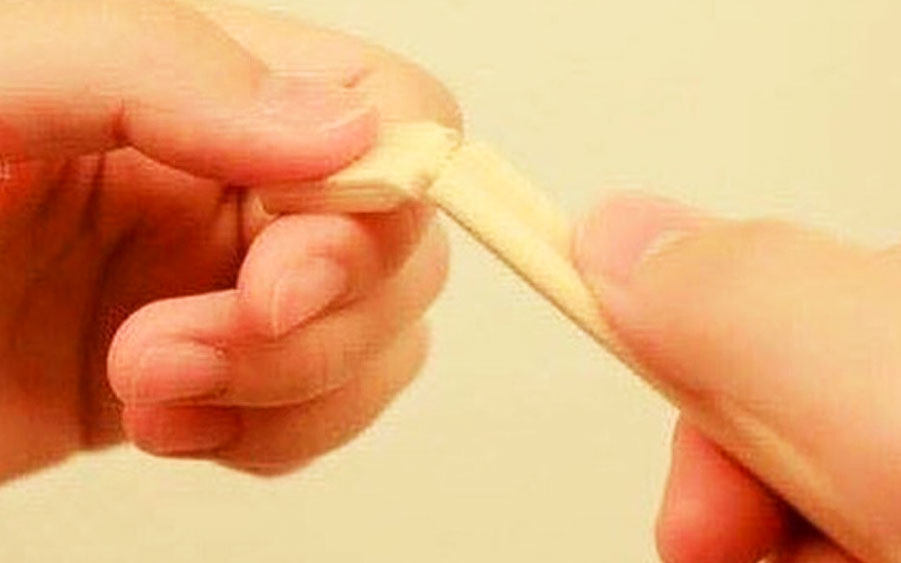 This Is Why There Is Extra Wood On The End Of Your Chopsticks. I’m So Glad I Learned THIS!

If you’ve ever used disposable chopsticks then you know how tricky handling them for the first time can be. While some people are naturals at using the eating utensils, for most of us it takes a little more time, patience, and practice to truly master the art.

And unless you eat a lot of Chinese takeout, you probably don’t use them all that often. When you do happen to come across a pair, the first thing you have to do is unwrap them from the packaging. Next, you split them apart and break them in two, now they are ready for grabbing food and eating with.

If you’re like me and millions of other people who do exactly that, you just used your chopsticks wrong. That’s because there is a better, more useful way to break them apart. Instead of snapping them in half, break off the very top portion and then use that piece as a chopstick rest.

Now you have a clean spot off the table to rest your chopsticks and nothing will end up getting dirty. The clever trick has been described by many as a chopstick life hack after an Australian woman, who goes by the name BortofDarkness on Twitter, posted an image of it which quickly went viral.

The internet responded and for the most part people are fascinated by the information. Some even shared other related life hacks of their own. A popular tip that many people swear by involves modifying chopsticks to make them a lot easier to use.

The simple trick requires just a rubber band and a thin strip of paper. In this short video DaveHax shows you how to make a pair of user-friendly chopsticks. These are great for beginners and those who always seem to struggle with chopsticks, so be sure to check it out.

This makes them similar to tongs in that they grab food, and picking things up this way is a lot easier to do than with traditionally held chopsticks. Give it a try the next time you order some tasty lo mein and see if it works for you!

Watch the video below for more information!