Home » This Teacher Noticed What Her Student Came To School Wear, As She Looks Closer, She Dialed 911 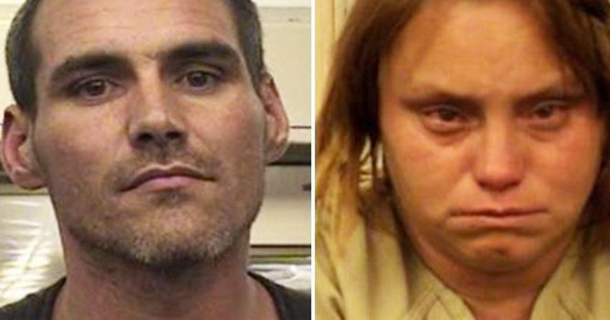 This Teacher Noticed What Her Student Came To School Wear, As She Looks Closer, She Dialed 911

Being a teacher means a lot of things and comes with many duties that the average person may not want to handle. Teachers have an obligation to set up lesson plans in a short time and they have to handle individual personalities of every student they come across.

On top of that, teachers have to deal with some of these students having bigger issues that stem outside of the classroom.
Once this 7-year-old student came to school in high heels and blood-stained knickers, her teacher was shocking and concerned about what had happened. Later on she’d realize that the situation was more terrifying than she thought.

She had often shown up to school wearing clothes that were so dirty, her teacher couldn’t even tell what color they were. This same teacher offered her clean clothes and gave her the chance to nap on a cot if she was too tired during class.

The bloodstained knickers were discovered when the teacher told the girl to clean herself up. Unfortunately, the police refused to use the knickers as evidence, stating that they weren’t secured properly. They ended up throwing them in the dumpster which angered the teacher beyond belief.

“I was really, really angry. I was going to get into the dumpster and get them out because that’s not OK,” she said.”The system was failing her. I know it was. Because I called and I called. And I did everything that I was supposed to go through my training. I called CYFD [Children, Youth and Families Department] because she was starving because she was dirty because she needed physical care. Then I called the police officers any time and every time she said that she was breaking the law.”

The teacher made sure to share the officer’s lack of duty and she blasted the following on social media…
“He [the police officer] took them out and threw them in the dumpster.”

Two weeks later, the school nurse told police officers that the girl had been assaulted, which launched them into an investigation, arresting Stewart and Sanches.

According to court documents, the girl once turned up to class saying: “Mom made me hustle last night,” and she told investigators that she was made to panhandle and steal people’s wallets.

It was soon discovered that the young girl, who resides in New Mexico, was being used to get drugs and cash by her parents James Stewart and Teri Sanchez.