Home » THIS Teacher Notices A Little Boy Driving On The Freeway. But Then Spots His Face In Horrified Terror! 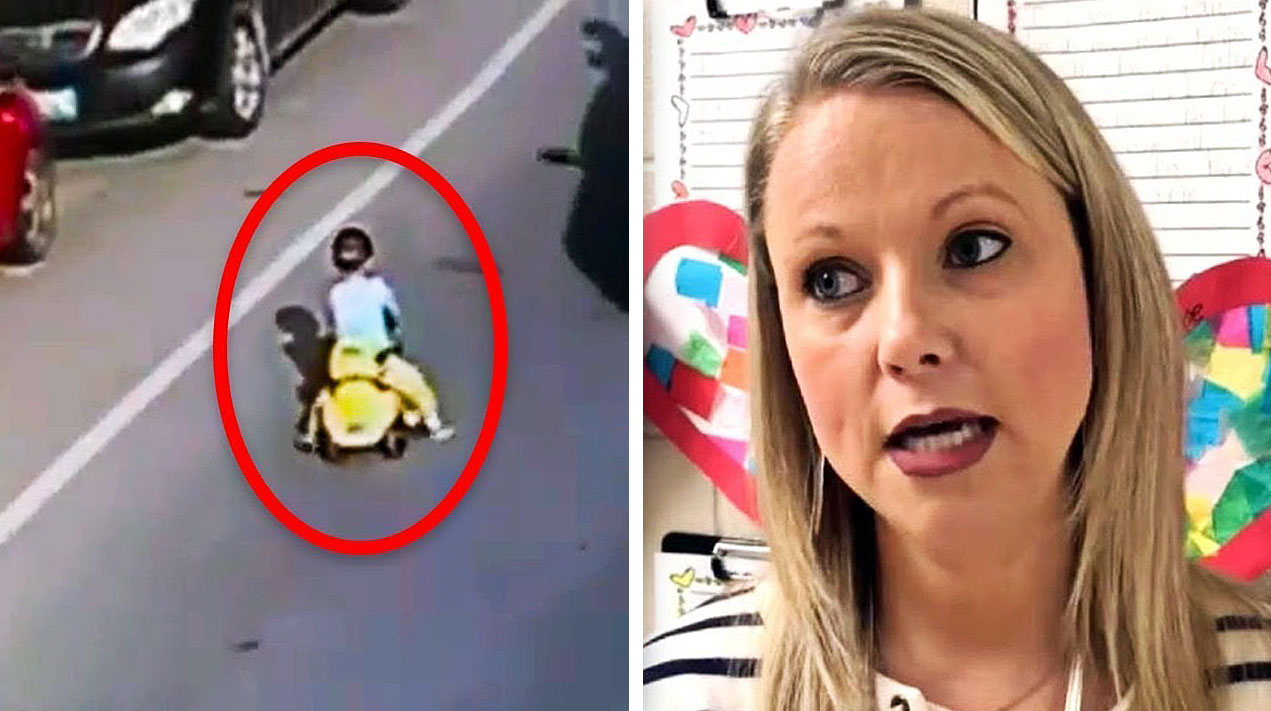 THIS Teacher Notices A Little Boy Driving On The Freeway. But Then Spots His Face In Horrified Terror!

Teaching young children is no easy job and after a hectic day of chasing after her first grade students, Keller Sutherland was questioning her choice of career. As she left Ellen Woodside Elementary School in South Carolina, she wondered if she was truly getting through to her students or even making a difference. At least her usual Wednesday afternoon meetings had been cancelled and so now she had extra time to rest and relax.

As she drove down busy highway U.S. 25, she noticed a young boy riding his bike in and out of traffic without a helmet on. Since there was no shoulder or median, this was not a safe road for anyone to bike on, let alone a little kid. While other drivers were passing him, they were not slowing down much at all. Concerned for the child’s safety, Keller turned around as soon as she could and when she pulled up alongside him, she recognized the boy as one of her old students.

Seven year old Cameron Simoncic had been in her class the previous year. He’d always been very well behaved which made her wonder why he would be out on the busy highway all alone, surely he knew better than to act so recklessly. When she called out to him, he stopped and after asking him what he was doing he told her that he was going to his grandmother’s house. Keller asked him if his father knew where he was and Cameron said no, so she told him to tell her what was going on.

That’s when Cameron told her that his father was a diabetic and had had an episode. When he walked in the door after school, he had found his dad lying unconscious on the kitchen floor. Cameron had tried to call 911 but his dad’s cell phone was locked and so he ran to several of the neighbor’s houses but none of them were home. Since his grandma lived 5 miles away, he decided to race over there to get help but that meant he had to ride on the busy highway.

Upon hearing that his dad was having a diabetic episode, Keller called 911 immediately and had Cameron give them his address. When emergency services responded they found his father and gave him insulin shots which helped stabilize him. Soon after Keller and Cameron arrived back at the house and she offered his father some crackers she had left over from lunch to snack on and help stabilize his blood sugar levels. Thirty minutes later he was back to normal and speaking clearly with the EMTs, so they cleared him and left.

Afterwards, Keller had a renewed sense of purpose and was no longer left questioning her career as she had been earlier that day. Her students needed her, and she would always be there for them no matter what. In the wake of Cameron’s story, the school also began teaching students how to make emergency phone calls on a variety of cell phone types. That way they can get help even if they are locked out of a cell phone and will be familiar with what to do.