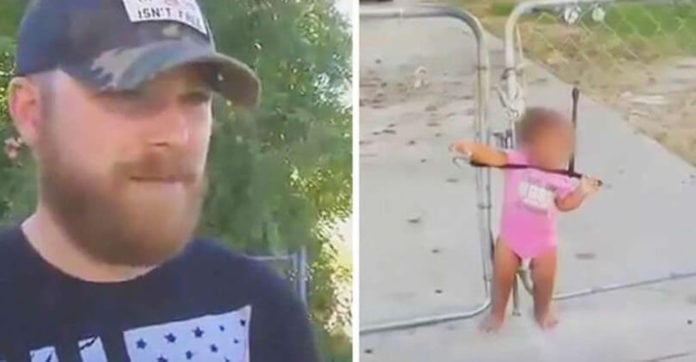 One day in Spokane, Washington, a viral story took the local news outlets by storm. But it wasn’t good – it is an repeated act of child abuse.

Neighbor Matt Knight was mowing his lawn when he spotted an infant crying, tied to the fence.

Her arms were tightly secured to the wired fence with bungee cords.

Alarmed, he came to her rescue. He snapped a picture for evidence and filed a report after releasing the toddler.

According to Matt, the toddler’s mom only came when he stood outside, calling for her parents multiple times.

All she did was to lead her toddler back into the house.

Residents of that neighborhood have reported several similar incidents happening on that property.

The Department of Social and Health Services in Washington (DSHS) receives about 90,000 cases of child abuse each year, with 40,000 requiring investigation – that’s almost 45% of the total!