Home » Trevor Noah Out at The Daily Show 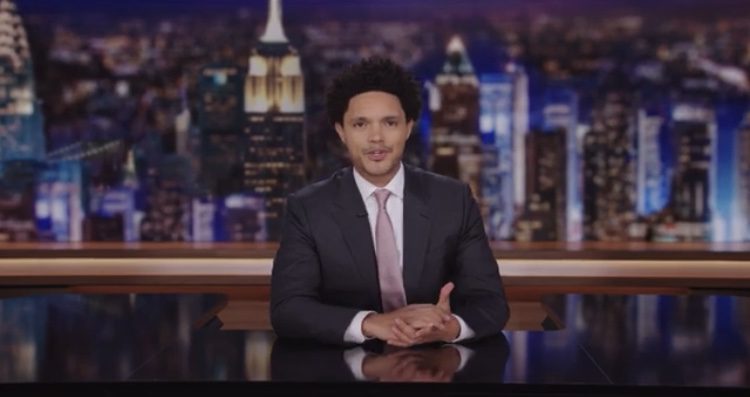 Trevor Noah Out at The Daily Show

Noah has hosted the Comedy Central show for the last seven years, taking over for Jon Stewart.

He announced his departure on Thursday night’s episode.

“What a journey it’s been,” Noah said in the announcement.

“I realized after the seven years, my time is up. Yeah. But in the most beautiful way. Honestly. I’ve loved hosting this show. It’s been one of my greatest challenges. One of my greatest joys. I’ve loved trying to figure out how to make people laugh particularly when the stories are sh-tty on the worst days.”

“We’ve laughed together, we’ve cried together. But after seven years, I feel like it’s time, you know?” Noah continued.

“I spent two years in my apartment, not on the road, stand-up was dead. And when I got back out there again, I realized there’s another part of my life I wanted to carry on exploring. I miss learning other languages, I miss going to other countries, I miss putting on shows…”

“I’m not disappearing, don’t worry. If I owe you money, I’ll pay you,” Noah added.

The comedian talked about how the pandemic had him stuck in his apartment for two years—and that he was ready to get “back out there again.”

“I realized there’s another part of my life that I want to carry on exploring. I miss learning other languages. I miss going to other countries and putting on shows. I miss just being everywhere, doing everything,” Noah said. “And I’m really grateful to every single person who’s here, even the people who aren’t here right now, because they went on to do great things who helped us do this thing.”

Comedy Central has been working closely with Noah and the team to transition to the next phase of the franchise and build a timeline for his departure. However, it was important to the comedian to share the news directly with the audience, so people heard it from him first.

“We are grateful to Trevor for our amazing partnership over the past seven years. With no timetable for his departure, we’re working together on next steps. As we look ahead, we’re excited for the next chapter in the 25+ year history of The Daily Show—as it continues to redefine culture through sharp and hilarious social commentary, helping audiences make sense of the world around them,” a Comedy Central spokesperson told Adweek.

“The news was announced earlier tonight to his audience, and came as a surprise to staff,” Decider noted.