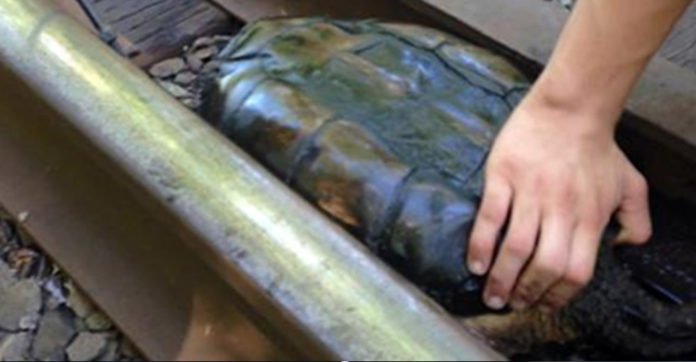 One of the worst places to get stuck is on the rails of a railroad track. There’s nothing quite as terrifying as racing the clock to free yourself before a train arrives. While it’s not an experience most can relate to, movies and television have made sure that we know just how scary that is! So imagine how terrified this little tortoise was when he found himself trapped between the rails of the tracks, with no foreseeable escape.

Luckily, at that moment, a pair of brothers happened to be strolling near the tracks and they both spotted the odd sight of the creature wedged tightly and securely into the rails.

The boys tried their best to assist the tortoise and free it, but the frightened reptile was only made more scared by their efforts and tried to resist, which only resulted in him getting even more stuck.