Home » Very Depressed and Unhappy Lioness Has The Most Amazing Reaction When She Realizes Who Her New Neighbor Is! 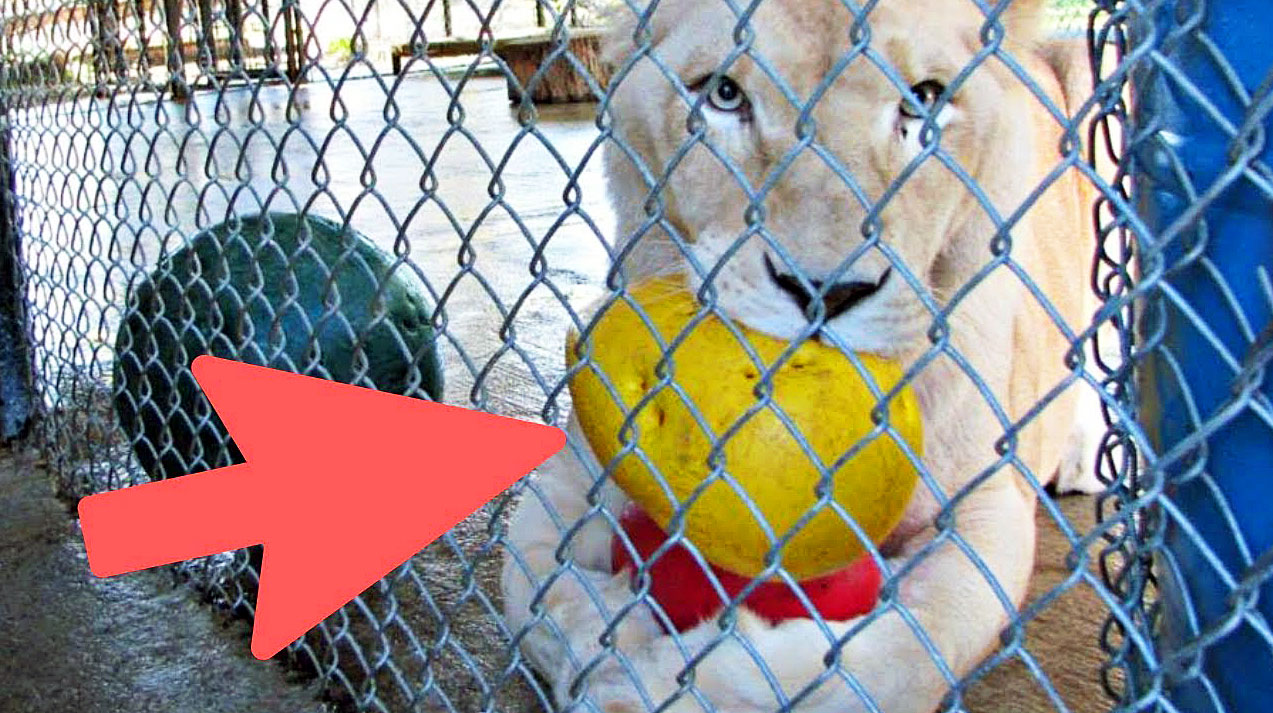 Very Depressed and Unhappy Lioness Has The Most Amazing Reaction When She Realizes Who Her New Neighbor Is!

Lions are one of the world’s most powerful, majestic, and beautiful animals.  The big cats are second in size only to tigers and can run up at speeds of up to 50 mph in short bursts.  Besides having physical prowess, they are also highly social and intelligent animals.

They live in prides often consisting of several adult females, their cubs, and one or a few adult males.  Each member has an important job to do, with the lionesses hunting and the male lions defending the pride and their territory.

That is the way lions have operated for thousands of years in the wild.  These days that natural order has been interrupted and messed with by greedy people who wish to exploit lions for entertainment and money making schemes.  Whether lions are forced to perform in circuses or used at petting zoos before being killed in canned hunts, when they’re forced into captivity, they suffer regardless of the reason why.

The lucky ones are saved by big cat rescue groups who do their best to rehabilitate the often abused, neglected, and malnourished lions that come into their care.  One such place, Texas based In-Sync Exotics Wildlife Rescue and Education Center, ended up rescuing a beautiful light haired lioness named Sheila from her abusive owner.  Because of her good looks, Sheila had been forced to take part in movie and photo shoots, perform tricks, and attend parties and events where people posed with her.

When Sheila fist arrived at her new home she was not in good shape.  Years of forced labor, abuse, and living in a confined space all alone had left her weak and underweight.  She could hardly stand up and refused to eat or drink, when she did eat, she’d usually throw it up. She was obviously depressed, but it seemed as if she wanted to die and had lost her will to live.

Sensing something else was wrong with her, the rescue center ran tests on Sheila and finally had an answer as to why she was so sick; she was suffering from toxoplasmosis.  The diagnosis was grim, most cats die from the parasite, but vets decided to treat her anyways.

Shortly after her first treatment, Sheila showed marked signs of improvement.  In fact, she was looking and acting so much happier and better that her caretakers wondered if perhaps her new friend could have something to do with her new lease on life.

As it turned out, a new male lion named Khan had been brought to live at In-Sync and he was housed right next door to Sheila.  He had been abused by the same man who mistreated Sheila but was much livelier and feistier than her. The two got along great and seemed to really like each other so they were given time to play together.

It wasn’t long before Sheila and Khan recovered from their malnourishment and health problems.  They were eventually moved into the same enclosure where they spend their days cuddling, grooming each other, and relaxing.  As for their former owner, he lost his license which means he can no longer own or neglect lions.

Thanks to the volunteers and everyone at In-Sync who makes stories like this possible, Sheila and Khan get to have a happy ending!