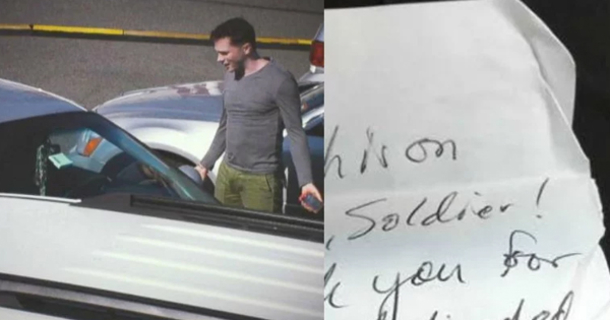 A veteran got out of his car to visit a business close by. Once he returned, he noticed something on his car he never expected. Someone noticed that he was a former service member, so they wanted to express their feelings about him fighting for our country with a note and a small “gift”.

After heroically serving this country, the soldier who didn’t release his name, is out of the service due to him being injured that has left him disabled.

Proud of his commitment to his country and defending freedom for his fellow citizens, the veteran was issued a special Army license plates on his vehicle. A man passing by stop once he noticed this and anonymously left a surprise because of it, according to the veteran’s post on Reddit. 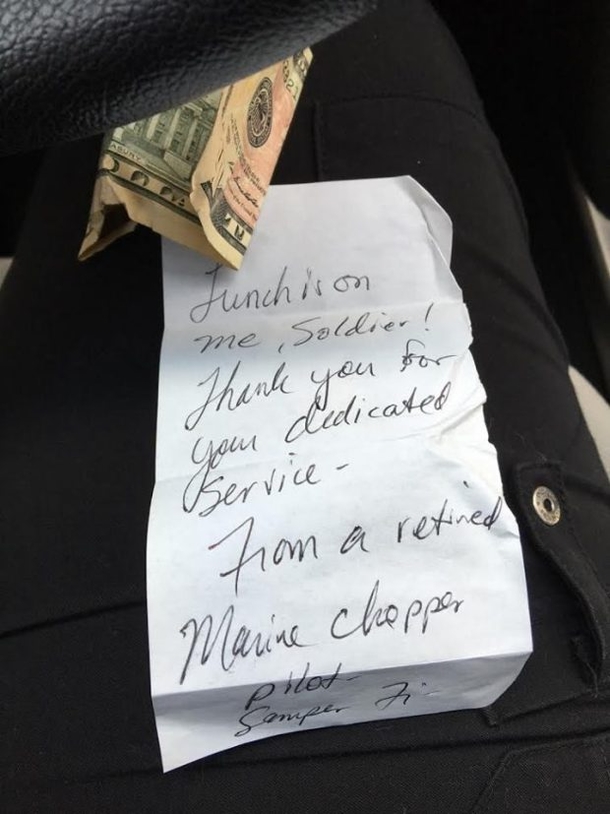 Countless people probably walked right by his car this day and any other day before it since the hero got the plates, without stopping to thank him for his service. However, this day was different, since the passerby who noticed it knows the sacrifice all too well.

Identifying himself only as a “Retired Marine Chopper Pilot,” the good Samaritan said “Lunch is on me, Soldier! Thank you for your dedicated service.” The note was stuck with a $10 bill under his windshield, when the wounded veteran found it.

Never in his time before now, has he been on the receiving end of a random act of kindness as a thank you for his service, and it took another veteran to be the first, since he can relate. This disabled veteran struggled to get back out to his car, with the weight of his wounds as a constant reminder of the sacrifice for strangers, then found a few bucks and a note of appreciation waiting for him there.

It doesn’t take much to lift the spirits of those who need it, and it was probably the words this Marine wrote that was worth more than the free meal to this man.