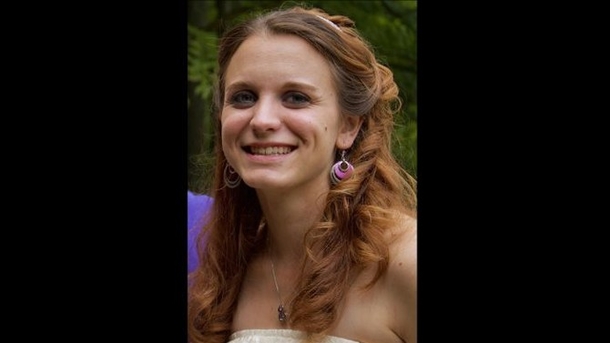 Waitress Senses Something ‘Off’ About Teen Girls Applying For Jobs, Makes Shocking Discovery

Lisa Stephenson knew something was not quite right when two teenage girls walked into the Blue Crab Grill in Newark, Delaware, where she works as a waitress, and applied for jobs.

“They said they were traveling and their phones and wallets were stolen in New York,” Stephenson told the Bangor Daily News. “I guess that was their story — they were trying to get money.”

Stephenson found it odd that the teens came in on a school day and didn’t leave home addresses on their applications.
“Of course, it didn’t add up,” she said.

Worried for the girls’ safety, Stephenson searched for them online and found that a mother in Brunswick, Maine, was searching for her 16-year-old daughter who had disappeared with a 14-year-old friend, along with a car belonging to the younger girl’s mother.

Stephenson contacted the older teen’s mother, and thanks to her quick thinking, the teens were tracked down after they were spotted panhandling a few days later, according to Yahoo Parenting. The pair had reportedly driven through Boston, Washington, D.C., and New York, despite neither of the teens having a driver’s license.

“One of the scariest parts for me was that the social worker who found them a place to stay for the night said they were just south of Washington, D.C., and in that area [human] trafficking is huge,” the older girl’s mother told the Bangor Daily News.
On the ride home, the trio stopped by the Blue Crab Grill to thank Stephenson.

“I said, ‘Do you understand why that was putting a target on you? At your age?’” Stephenson said. “I told them how serious it was, and it seemed to dawn on them the things that could have gone wrong in that scenario.”

Stephenson says she was motivated to act, in part, because she’s six months pregnant with her first daughter.
“All I could think about was that in the future, if something were to happen with my daughter, I would want someone to get in contact with me to tell me she was all right, that she was alive and OK,” she said.

Stephenson downplayed the praise she’s received for her actions.
“I don’t feel like a hero,” she told Yahoo Parenting. “I just feel like a normal person who needed to speak up and did. Hopefully more people will speak up when something seems off.”