Home » WARNING: If You Receive A Call From Your Own Number, Don’t Pick Up! Here’s Why… 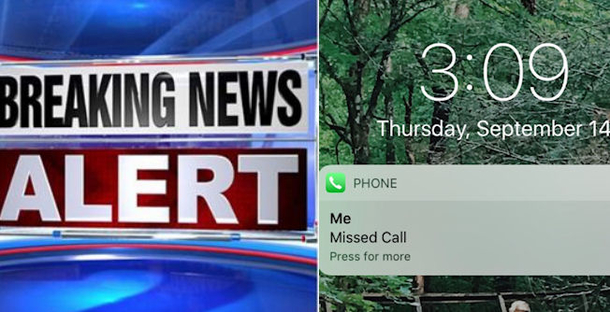 WARNING: If You Receive A Call From Your Own Number, Don’t Pick Up! Here’s Why…

If you get a phone call from your own number, don’t answer; this is the most recent cell phone scam that is going around and could put your security and personal information at risk.

The better business bureau posted the following warning:
It’s like a scene out of a strange sci-fi movie. You get a call, look at the caller ID, and see that your own number is calling. Weird! No, this isn’t an alternate reality where your future self is calling the present you. It’s a scammer making an illegal robocall.

Technology makes it easy for scammers to fake caller ID information. They can make it look like they’re calling from a different place or phone number. Even your number. Scammers use this trick as a way to get around call-blocking and hide from law enforcement. They hope you’ll be curious enough to pick up. Don’t fall for it.

The real callers could be calling from anywhere in the world. We’ve written about these kinds of tricks before — like when scammers pretended to be the IRS and faked caller ID so people thought it really was the IRS calling. 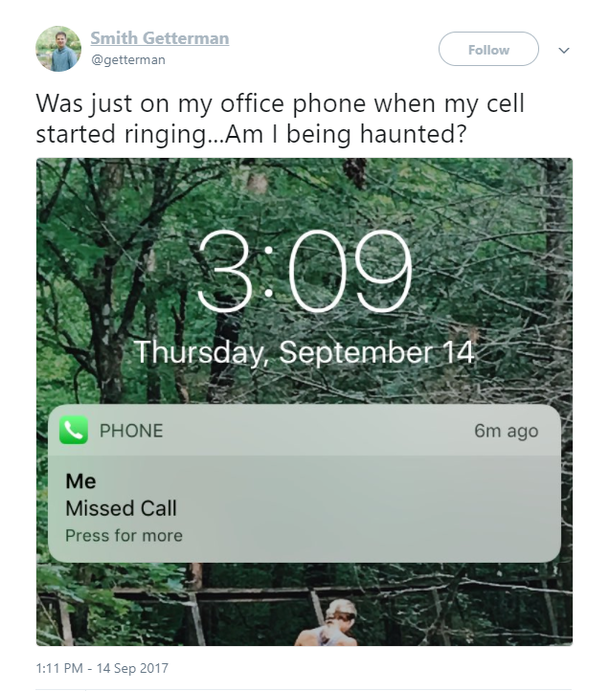 People across the country have been receiving these phone calls, with some answering and others missing the call or deliberately ignoring it. Donny Claxton talked to WFAA about his experience late one night:

“My phone starts ringing and at that hour of the night, you are alarmed at who is calling you. […] I look at the phone, and it’s me and I am looking. How am I calling myself? And I look at my phone. And there is no one there. And then it hangs up.”
Claxton isn’t the only one experiencing this.

Anson Massey, from Waco, Texas, picked up the phone. He told KXXV:

“I picked it up, and there was a voice on the other end, and it said my account had been compromised through AT&T.”
Massey wasn’t fooled, since he “thought it was odd. We get those all the time but never from my own number.”
So, he decided to record the phone call.

“Your account has been flagged for security purposes. After the tone, please enter the last four digits of the primary account holder’s social security number.”

Massey made the right decision and hung up without entering the information. Instead, he called AT&T right away. They confirmed that his account was fine and complimented him on not giving away any information.

What happened to Claxton and Massey, and is happening to numerous others across the country, is known as spoofing.
Phylissia Landix, from the Better Business Bureau, explained this process to WFAA.

“Spoofing is when someone who shouldn’t have it will take a computer program that will disguise a telephone number, and you will get a phone call from what it looks like yourself.”

According to Landix, spoofing can help the scammers in two ways. They may try to trick you into giving up information by posing as your phone company’s account, hoping to get your social security number or something similar. They can also use technology that inserts fraudulent charges onto your upcoming telephone bill.
Landix says that:

“The longer time you spend on that phone, the greater chances they can get something done and insert the fraudulent charge.”

There is something you can do to avoid most of these issues.
If you get a phone call from an unknown number or one that seems odd (such as your own phone number), don’t answer the call.
You should also check your monthly phone bill to ensure no fraudulent charges were added.
If possible, consider adding yourself to the Do Not Call registry as well.

If you do receive a phone call from a suspicious number, you should contact the Federal Trade Commission, as well.

Unfortunately, other than being smart about giving out information and answering phone calls, there isn’t much you can do. Adam Price, also from the Better Business Bureau, told KXXV:

“The reality is… a lot of these cons and scammers are coming from overseas. They’re outside the jurisdiction of the U.S. government.”
These scammers are even using recent data breaches to create a feeling of legitimacy and get information.
Bottom line? These calls from your own number are illegal. Don’t pick up — or press buttons to be taken off the call list or to talk to a live person. That just leads to more calls. It’s best to ignore them, and move on with your day.