Home » What Just Happened In A Major Airport Will Make You Want To Vomit, Massive Race Brawl In…. 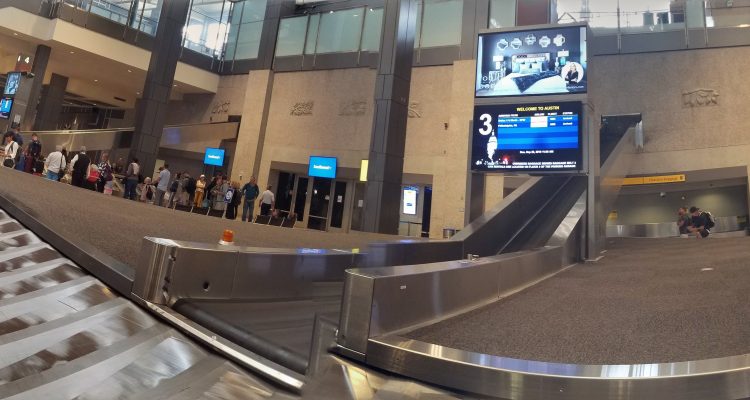 What Just Happened In A Major Airport Will Make You Want To Vomit, Massive Race Brawl In….

A brutal fight took place in the baggage claim area of Philadelphia International Airport (PHL). As passengers engaged in what appears to be a racially charged brawl, American Airlines agents simply stood back and filmed.

The incident took place in the baggage claim belt of American Airlines flight 2333 from Miami to Philadelphia.

Piecing together the narrative on Twitter, it appears a group of black women bumped a white couple on the walk to the baggage claim area. The white male allegedly tells a black woman with long blonde hair extensions, “Go get some more hair, b*tch!”

According to 100 Percent Fedup, that’s when things get nasty:

The black woman quickly approaches the young man and turns her ire on the woman who’s accompanying the white male, as she puts up her hand in what looks like an attempt to defend herself. Suddenly, the white woman appears to smack the black woman, who aggressively comes at her and begins to pummel her, as other women can be heard shouting, “F**k her up!” All at once, several women who appear to be traveling together descend on the white woman and begin to beat her. There are so many women jumping on her that her male friend jumps on top of her to act as a human shield as the massive brawl spills over onto the luggage carousel. The first video shows the violent brawl spilling over onto the carousel and then onto the floor of the luggage area, where the male is still on top of the female target. The mob attempts to drag him off her so they can get to her, but he remains on top of her as the women kick and punch both of them.

Two women who appear to be dressed in official airlines uniforms, who could possible be security guards, can be seen standing in the background and watching before they disperse without offering to help the couple who is on the ground being kicked and punched repeatedly. One of the women who look like airline personal has her cell phone out and appears to be recording the incident.

Since there are so many unknown details about how all this transpired, it is probably best not to make judgments about who was at fault, except that everyone is at fault and chooses violence when they can walk away. Such violence, both verbal and physical, is disgusting, especially the kicking of the guy as he curls up on the ground on top of his woman, trying to protect her after trying to break up the fight moments before.

Meanwhile, one of the clips of this incident was retweeted by Dinesh D’Souza with a sarcastic comment, “Diversity is our greatest strength!”

Watch the video below:

Nowadays, violent scenes in airports and on airplanes are becoming all too common.

We saw a nasty incident at the gate prior to a Spirit Airlines flight from Ft. Lauderdale to Philadelphia and now this is on American Airlines from Miami to Philadelphia. Perhaps the takeaway is that maybe it is the destination, not the airline, that matters most in terms of passenger behavior.

But something is deeply wrong with America and this latest video is just another exhibit of evidence.