Home » When The Officer Hears The Woman Ask A Strange Question, He Immediately Takes Action After Turning To Face Her 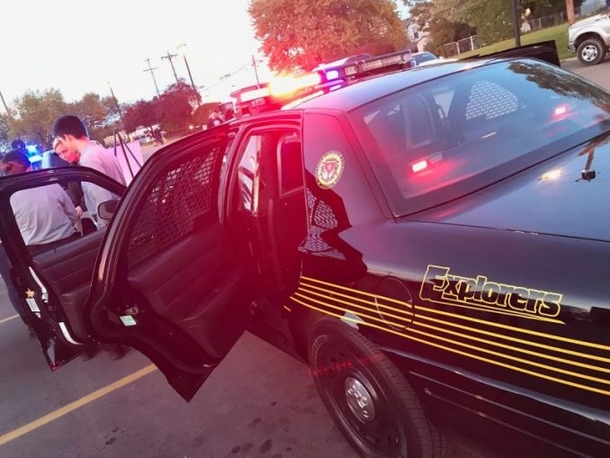 When The Officer Hears The Woman Ask A Strange Question, He Immediately Takes Action After Turning To Face Her

A woman in Ohio stepped into the Butler County Sheriff’s Office with a very serious question. An officer in the back of the office heard what she needed and came to her to see what was going on. At that moment, he saw what was behind her and sprung into action swiftly while no one was looking at what was happening.

The woman walked into the Sheriff’s Office with a concerning question, however she ended up getting more than just a simple answer at the end of all this. Deputy Brian Bussell isn’t new to strange occurrences, especially since he has been in law enforcement for 25 years, however what one woman needed was a first for the seasoned cop. However, he knew just what to do.

“I know our visitation is at 9 AM, and I saw the lady and the two young children sitting in the chairs,” Deputy Bussell said. “I assumed they were here to visit someone in our jail. When I walked back out a while later, the children were asleep, and the lady was still sitting there, so I inquired if she needed assistance.” 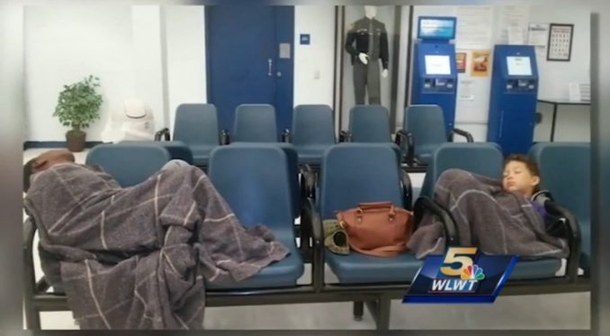 Deputy Bussell became aware that the woman had been evicted from her home, and with nowhere to go, the police station was her last and only resort. She walked in wanting help with housing, but Deputy Bussell stepped up with something else.

The cop saw that she didn’t arrive alone, as she had her two young sons with her, who were also now homeless after being kicked out of their house.

Out of sight from the other officers and personnel at the station, Deputy Bussell, a 25 year veteran with the Butler County Sheriff’s Office, approached the mother in private and said he had booked a 10-night stay for her and her sons at an area hotel.

The accommodations were all paid for by him, out of his own wallet, but the interaction didn’t end with the generous gift. He also asked her to do something for him in return.

According to a Facebook post, he noticed that the clothing the mother and her boys had on was tattered and dirty, so he put the family in his patrol car and drove them to Walmart. Bussell dropped them off there, and before driving off, he instructed them to pick out something new to wear and to call him when they were done with shopping so he could pay for it all, again on his own dime.

The boys really needed something other than a new shirt on their back. The children shyly asked the officer if they could get new shoes, as it was clear theirs would not make it many more steps.

Deputy Bussell didn’t hesitate and said that they absolutely could. Something as simple as shoes to these kids was more than a fashion statement, they were a basic necessity in life that they would have to manage without, had it not been for this kind cop.

Deputy Brian Bussell didn’t think his department would find out about what he had done for this family behind the scenes. However, the mother had taken a photo of her boys with Deputy Bussell and shared the touching incident on Facebook. Someone else saw the woman’s post and passed it on to the officer’s department to say thank you for their service. 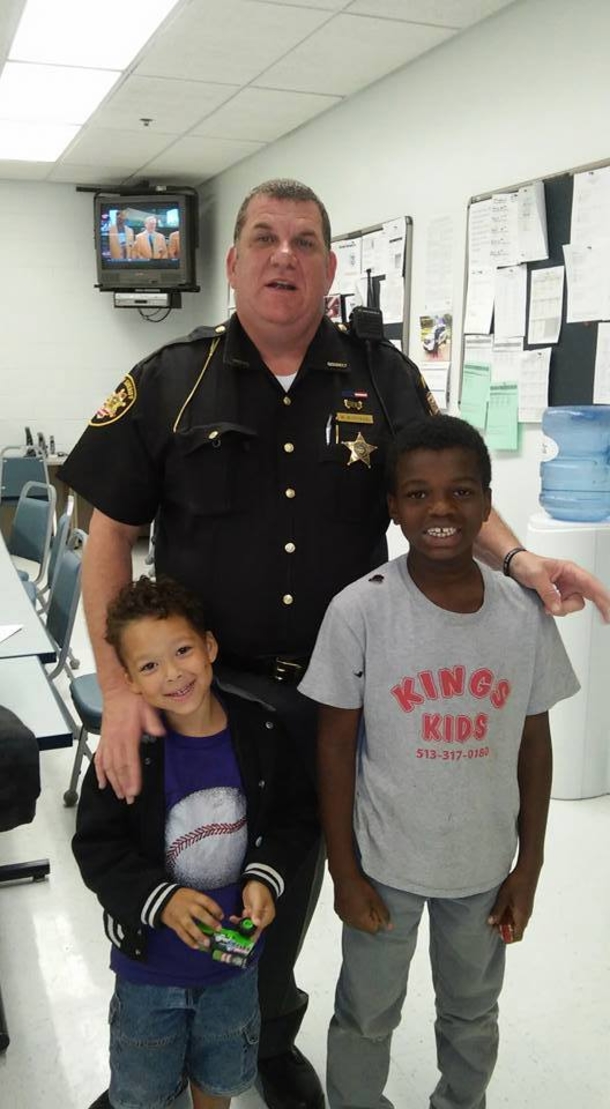 “He went to the Walmart when they were done and paid for everything,” Sheriff Richard K. Jones said of his caring colleague. “This is a true act of kindness. He did not tell anyone at work what he had done but the lady took a picture with him and posted it on Facebook. That’s actually how we found out. It was shared so many times that I got a phone call asking if I knew what a generous gesture my deputy did. I am pleased that he was able to help this family out. This speaks volumes in light of all the recent negativity people are saying about law enforcement. I have some of the best employees here.”