Home » Which Finger Nails Shape and Size Are You? The Answer Will Reveal Things About Your True Personality. 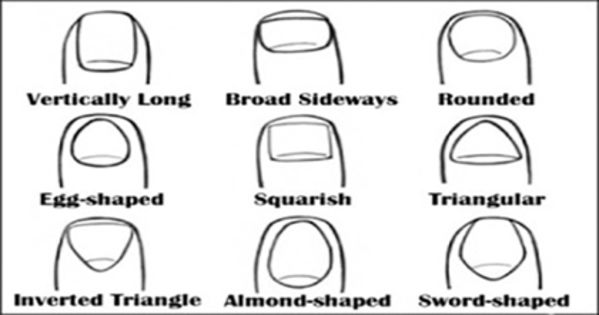 Which Finger Nails Shape and Size Are You? The Answer Will Reveal Things About Your True Personality.

All that it takes is one quick glance at someone for us to form an overall impression as to who they are. We take in what they are wearing, how they style their hair, and pay special attention to their physical characteristics. These things can all reveal a little insight into what their personalities may be like and that’s why they say you never get a second chance to make a first impression!

The practice of judging people based on appearance has existed for as long as mankind has. There are a number of different tests and theories concerning physical traits linked to personality types and many of them focus primarily on body parts, like the hands, feet, and head. One well known example you’ve likely heard of is phrenology, which centers on analyzing character traits based off of skull measurements. While modern thought and practice has moved well beyond phrenology, back in the early 1800s an entire area of study was dedicated to the discipline.

In this day and age the most recent related trend has to do with the hands and the primary focus is on nail shapes. Known commonly as ‘nail personality diagnosis’ the concept originated in Japan and it has recently caught on in the West. The idea is that the shape of a person’s nails can be used to analyze and predict various personality traits.

While some people may be skeptical about these types of things, it best to try and keep an open mind about it. At the very least it’s an interesting take on personality and the general ideas that nail personality diagnosis embodies could actually be onto something. It may be a stretch, but in a semi-related study published in the Journal of Behavior Therapy and Experimental Psychiatry, researchers found that people who bite their nails tend to be perfectionists. When things get stressful or are out of their control it makes then feel tense and they take that frustration out on their nails. Most of the time they aren’t even aware they’re biting their nails, it’s like a subconscious reaction they have. So if you are a nail-biter, it may be due to the fact that you’re a perfectionist!

All that aside, take a moment to do a quick self-evaluation and look down at your nails. Simply match up the shape and size they are with the corresponding picture and then read what it has to say about your personality.

Please SHARE This With Family and Friends To See What Their Finger Nail Shape and Size Reveals About Them!