Home » While Their Mother Is In The Bathroom, The Children Climb Into The Refrigerator. They Had Stopped Breathing By The Time She Found Them 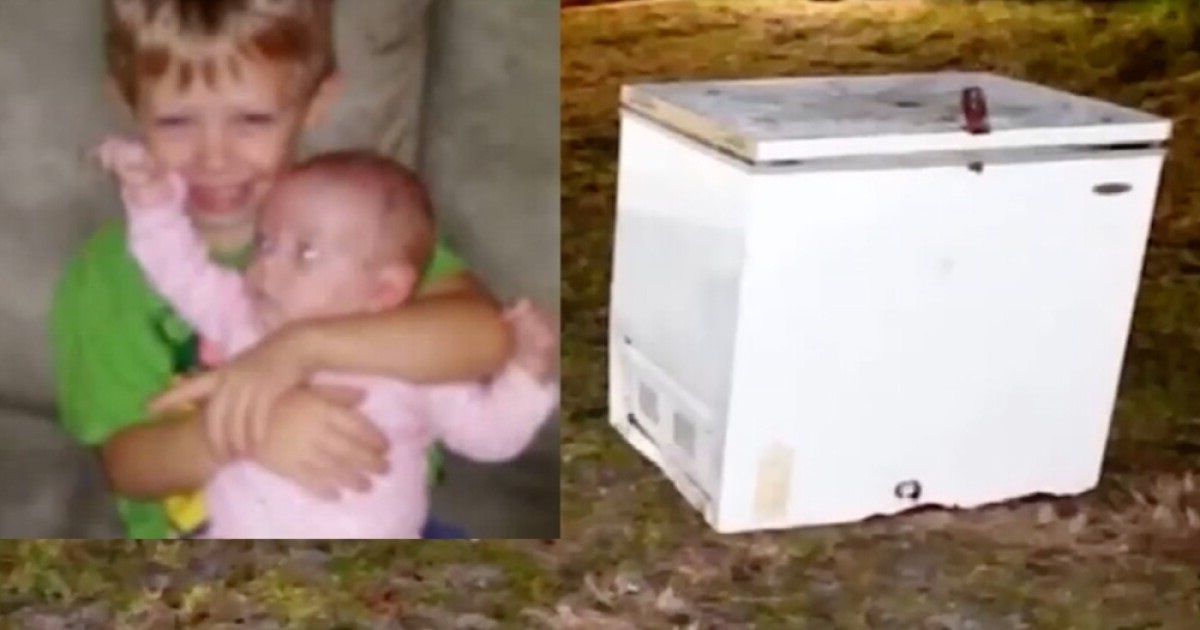 While Their Mother Is In The Bathroom, The Children Climb Into The Refrigerator. They Had Stopped Breathing By The Time She Found Them

The chest freezer had been sitting outside in the yard for several days before the children climbed inside.

As WGFL reports, on Sunday evening, three children, aged 1, 4, and 6, were playing outside of their home in Live Oak, Florida.

The mother of the 4-year-old was watching the trio as they bounced on the trampoline and played with toys in the yard.

Two families lived in the home — the mom with her 4-year-old daughter and her friend, and the grandmother (and legal guardian) of the 6-year-old boy and his 1-year-old sister.

According to the Tallahassee Democrat, at some point, the mom went inside to use the bathroom. Suwannee County Sheriff Sam St. John told the Democrat that “she was gone for 10 or 15 minutes; when she came back they were gone.”

Worried, the mom woke up the grandmother, and they began searching for the missing children. At first, they believed the kids might have gone to a vacant property nearby. Precious time was lost before they turned their attention to the danger in their own yard.

The grandmother had brought the chest freezer from another county and left it sitting in the yard, unplugged, for four or five days.

Authorities speculate that the children may have been playing hide and seek when they lifted the lid and climbed into the freezer. To make matters worse, a latch had been added to the freezer, which, when in place, would have made it impossible to open the lid from the inside.

All three were taken to the hospital but could not be resuscitated.

According to the Consumer Product Safety Commission (CPSC), federal law requires that appliances like refrigerators be able to be opened from inside. However, older appliances (and modified ones, like the freezer with an added hasp) still pose a risk of suffocation for children. The gasket not only cuts off air supply but also muffles a child’s screams.

The CPSC recommends keeping children away from older freezers, refrigerators, dryers, and coolers. The hazardous appliances should be kept in a locked room, and children should be warned not to play inside them.

When storing or discarding an older freezer or fridge, the CPSC recommends removing the door first. In fact, some states require this by law. St. John told WJXT News that Florida law forbids abandoning an appliance outside the home:

“Maybe we can get the word out for anyone who has these around their residence — please be aware of it. There’s a Florida [statute] against it. Please dispose of it properly or take the lid off of it.”

Though no charges are currently pending against the adults in the case, the Florida Department of Children and Families has opened an investigation into the children’s deaths.

St. John told WJXT that he hopes the tragedy will remind parents that it’s important to keep an eye on small children at all times. He added: