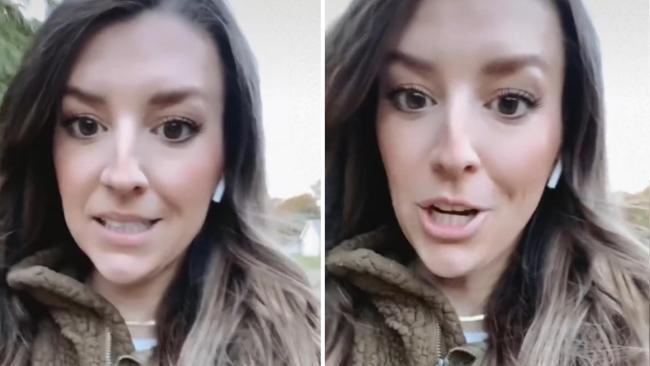 Hearing her stepdaughter call her “Mummy” was a defining moment for US woman Jen Speer—and not in a good way.

“This is one of the hardest things that I’ve had to hear as a step-parent,” the self-proclaimed “Cool Step Mom” told her 29,500 followers on TikTok.

In the video, which has been viewed more than 808K times, Jen explains how she turned into a “deer in headlights” the moment the words came out of her stepdaughter’s mouth.

“I have never asked her to call me ‘Mummy’, and the day that she called me that I was like a deer in headlights.”

Jen’s stepdaughter, who she talks about regularly on the social media app, hadn’t seen her biological mum for more than a year and thought it made sense to call her stepmother “Mum”. After all, her dad was “Daddy”.

“Why shouldn’t she call me ‘Mummy’? Because I am Jen, her mummy.”

“I don’t want to replace her mum, I want to be a different figure n her life”
While she reassured her stepdaughter she can call her whichever she prefers—after the girl saw her initial reaction—the reason for Jen’s shock came down to her own realisation about motherhood.

“I consciously knew I was never gonna get that title, and I wasn’t expecting that name because I’m not gonna have my own biological children,” she explains.

On top of this, Jen wants to respect the girl’s biological mother, even though she doesn’t know her.

So where did they land? Well, the girl chops and changes between calling her “Jen” and “Mummy” – but in front of her friends it’s always “Mummy”.

“It’s something I’m slowly warming to,” Jen says in the video which has received over 147K likes and 3K comments.