Home » Woman Demands Nestle ‘Give In’ To Her Demand, Company Issues Statement In Response 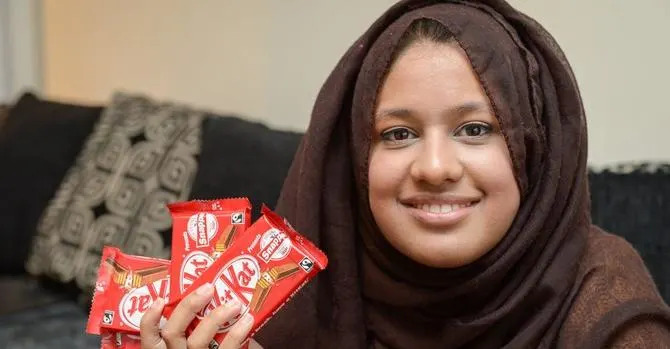 Woman Demands Nestle ‘Give In’ To Her Demand, Company Issues Statement In Response

A woman made headlines after she demanded that Nestle provide her with a lifetime supply of Kit Kat bars because she bought multiple bars with no wafers inside the chocolate.

Salma Ahmad claims she wrote to Nestle, the company that manufactures Kit Kat bars, about rectifying the situation but never got a response. The second-year student at Kings College in London, England, said she’s a big fan of the candy and was frustrated by what she got when she bought the wafer-less eight-pack.

The letter requested a refund as well as a free lifetime supply as compensation:

The specific duty you owe is consistency in your manufacturing process. The failure to take due care in the manufacturing process resulted in a product being defective. As a result I feel as though I have been misled to part with my money and purchase a product that is clearly different from what has been marketed by Nestle. The loss I have suffered is of monetary and emotional significance. I would like a full refund of the defective pack of KitKat I purchased. I have also lost my faith in Nestle. Clearly, if I wanted to purchase a confectionery item that is purely chocolate, I would have purchased a bar of Galaxy. I would therefore like to request a life-long supply of KitKat so that I can act as a means of quality control — it appears you need me more than I need you.

“They go about advertising the unique concept of Kit Kat, but I’m so disappointed by what I have purchased,” she told Metro. “I’m hoping they will [apologize] to me and in future focus more on quality of their product. No one else in that industry has that unique concept about mixing the wafer with the chocolate and that’s why I’m a fan.”

Ahmad said she discovered others online who had similar experiences and vented their frustration to the company. She said she’s hoping to get a lifetime supply of bars or else she’d consider taking legal action.

“They should definitely give in to me. I’m hoping my demand will go higher than the customer service platform,” she said. “I’d like the CEO of Nestle to respond to my letter because it’s an extremely important issue. I’m trying my luck — if you don’t ask you don’t get.”

A Nestle spokesperson ultimately issued a statement to Metro, encouraging Ahmad to contact the company again.

“If a consumer finds any issue with a Nestle product we would encourage them to get in touch with us online, by phone or by post so that we can investigate and put things right for them.”

The story quickly went viral, with many readers feeling as though Ahmad went too far in her reaction to the unsatisfactory chocolate.

“I am so tired of these ridiculous demands and lawsuits by entitled idiots who feel they’ve been slighted. Grow up! You could have taken them back to the store, and had them replaced. I have done that before. Anything to get something for nothing,” one reader commented on the site’s Facebook page.

“Lol! What the hell will they think of next? One of my M&M peanuts didn’t have a peanut in it! OMG! It traumatized me! I had to seek professional help! I want one million dollars for my pain and suffering! Get a life you Jackass!” another added.