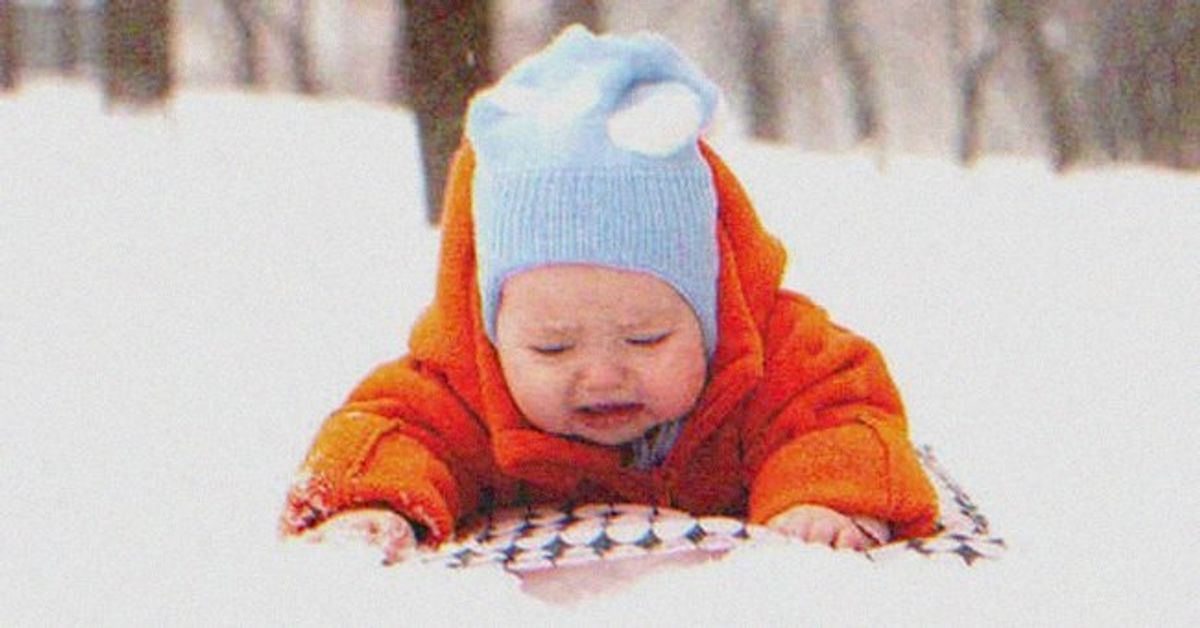 A woman looking to know more about her genetic origins gets a DNA test, then years later, her biological family reaches out — they had a strange reason.

Lily was doing it again — she was making another spontaneous decision. At 43, she’d hoped her urge to make decisions at a whim would have reduced but what she was doing at that moment proved it hadn’t.

“Turn back, this is so stupid,” a voice told her as she stood waiting for her turn to register to get one of those popular DNA test kits. She knew nothing about her bloodline, and they said the tests would provide information on genetic connections and health.

Lily, who had been adopted by good people, did not care to meet her birth parents. Her adoptive mother, Margaret, had told her when she was eight that they found her abandoned on the roadside while a snowstorm raged.

Lily could still remember the story.

“Your father had stopped the car that day some miles away from our home because he thought he caught a glimpse of something on the road. We couldn’t be sure since it was too dark to see much beyond the car lights,” Margaret had said. “I believe it was fated to happen.”

“What happened after?” 8-year-old Lily had asked eagerly.

“We stepped out of the vehicle and I complained about how cold it was and how we needed to get home to your siblings. He didn’t listen and just kept walking and that’s when we heard your cries,” Margaret had continued.

“We found you crawling around next to a basket in the snow.”

“That’s right. We took you home but didn’t know what to do — you were around six months old back then. We were already parents to six kids, but we fell in love with you and we have never looked back,” Margaret had added before she gave the 8-year-old a big hug.

Lily would never forget the memory, but it was only as an adult that she learned what had really happened.

Her adoptive parents had been struggling just to provide for their already large family, but no one had wanted a child in their town in Utah, which meant she would have been sent to an orphanage.

Margaret had been the one to refuse, saying the child had already been through enough. However, they were not heartless enough to abandon the baby again, so they adopted her despite their poor finances.

They showered her with love, and her siblings treated her like one of their own, but she shared the tightest bond with their youngest daughter Stacey. She was the one who wanted to give the DNA tests a try.

“Nothing terrible will happen,” Stacey had said. “At worst, you discover long-lost cousins and perhaps find out if you got any genetic markers for certain diseases. That could come in handy. We all should have it done.”

Stacey did not have much luck convincing others, but Lily joined her. They got tested and were able to find a couple of genetic markers from Stacey’s DNA sample, but they were nothing serious.

It was different for Lily, who got no match from the tests. The specialist later explained that nothing was found because her biological family had not yet taken the tests.

“Don’t feel down about it. News of the test will reach them soon and I’m sure someone will take action eventually, which will lead us in the right direction,” Stacey encouraged.

“I’m really not upset about it. I’ve never truly been very curious about who they are. Our parents are great,” Lily replied.

“I know. But I’m still looking forward to yelling at your folks for leaving you like that in the snow. You could’ve lost your life if Dad had not stopped the car,” Stacey insisted, crossing her arms.

Lily was used to the drama. She’s a little crazy, but I wouldn’t have it any other way, Lily thought to herself.

Years passed, but Lily heard nothing from the DNA clinic, and she eventually forgot about it until she received a notification on her phone one day. It was a ping from her DNA test — someone biologically related to her had done the test.

The message she received read:

“Hi there! My name is Sasha Lewis, and I stumbled on your contact information on 23andMe. I took the test recently and it matched our profiles. It identifies you as my cousin. It’s a long story, but we never thought my aunt had any kids.”

“When she saw my results, she wept for a long period. Then she revealed that she was forced to abandon a baby more than four decades ago. But she would love to meet you now. Let me know if you won’t mind meeting her. Hope to hear back from you — Sasha.”

Lily was in shock by the time she finished reading the message. She was reluctant to reply, but then she remembered what Stacey said about asking the woman why she left her by the roadside.

That decided, Lily replied to the email, and after they texted back and forth, Sasha told her they lived in Utah too. The two exchanged phone numbers, and Lily immediately called her.

“I couldn’t be sure you hadn’t moved away. Tests don’t reveal people’s addresses,” Sasha said over the phone.

“This is so weird. I’ve literally lived here my whole life. We must have probably run into each other at some point. Where do you live exactly?” Lily wondered.

Sasha gave her location as well as where Lily’s mother was staying.

“They’re downtown?? Me too. This is unbelievable. I’ve been neighbors with my blood mother all this time?” Lily asked, her voice tainted with wonder.

“Oh wow. That’s definitely where I grew up. When did you move here?” Sasha asked.

“Stan. My mom is Janet Stan, and my aunt is Melinda Stan,” Sasha answered.

“OH MY GOD! Mrs. Stan? With red hair? She lives next to me! That’s my biological mother?” Lily cried on the phone. It was all so surreal to her.

“Wow! I never thought she would be so close to you. Can I speak to her about this? We should meet somewhere,” Sasha urged.

“Yes, you can. Let’s hang out at my house later tonight. I’d like to hear everything. But I’m inviting my sister too,” Lily said, then they hung up.

She called Stacey immediately and told her to rush over. At 6 p.m., she heard a knock on her door, and when she opened, Lily was greeted by Melinda, Janet, and a younger woman she deduced must be Sasha.

They exchanged pleasantries, and Lily stepped aside to let them enter. Her sister, Stacey, served everyone tea and cookies, and they all sat down in the living room.

At first, it was silent, but then Janet took the lead. “This is quite awkward. We have greeted one another for years. How could we not know?” Janet said.

“My thoughts exactly! But then again, it turns out this town is a lot smaller than we imagined,” Stacey added humorously.

The laughs that followed were still strained, but there was no more silence, so Lily spoke.

“Melinda, I suppose you now know that we are related by blood. Margaret and her husband adopted me and I’ve lived a great life thanks to them. I’m not sure of what else to say,” Lily began, and Stacey held her hand to provide support.

“I’m glad to hear that. Those years ago, I was in a bad place and I know that sounds like an excuse but life was different and I’d felt like there was no better option,” Melinda said.

“It’s fine. I just want the truth and I’d like to know why you insisted on meeting me now,” Lily replied.

“Back then, I got pregnant at the age of 17, and the boy was not ready for the responsibility. Abortion was out of the question so I kept you and raised you for several months. But I know now that all I’d been suffering from was postpartum depression,” Melinda explained.

“Janet tried to help me, but mental health was ignored back then and I didn’t know what was happening. I also had no money … It was a real mess. Those months I tended you were a blur but I can never forget the night I left you.”

“I left you in a neighborhood with lots of families and I thought someone would take you somewhere else. However, when I got home, the snowstorm started. I went right back for you, but you were gone.”

All of them marveled at how coincidental it all sounded, then Melinda continued.

“I heard nothing about a missing baby until I left town. It was rough for a while but I got better and was able to hold down a lucrative job,” Melinda said.

“I returned just to be close to Janet when she had Sasha. But the guilt I felt over leaving you prevented me from having a family of my own. I wanted to look for you, but I didn’t want to disrupt your life. I felt like I didn’t deserve to find you. But now, it’s become somewhat urgent,” the older woman revealed.

“What’s going on, Aunt? I had no reason to give when Lily asked why you urged me to contact her,” Sasha said.

“I’ve got cancer, Sash. Only your mom knew up till now. I’ve seen multiple doctors and they all say I don’t have a lot of time left,” Melinda disclosed, eliciting a gasp from all of them.

Sasha started quizzing her, but Melinda’s focus was on Lily. “I want to leave everything to you. It is my atonement,” she said.

Lily looked at her sister with wide eyes, and her hands went up. “No!” she exclaimed. “I couldn’t possibly accept it. I also have a good career too. We weren’t wealthy or anything, but I strived hard, and now I’m pretty well off.”

“Oh, baby. I can never truly atone for leaving you the way I did. But this is the only way I can think of to pay you back,” Melinda pushed.

“You have done enough, I wanted to know why you had abandoned me, and now I do. But, I won’t judge you because I can see how remorseful you are about it and that means you loved me. But a great family found and loved me as well, it’s all thanks to you,” Lily pointed out.

“I’m happy to hear that,” Melinda said with tears in her eyes.

The remaining part of the conversation was much more lively, and after that day, mother and daughter started to bond. Lily liked Melinda but refused to consider her as her mother because it was Margaret who really raised her.

A couple of months later, Melinda was admitted to the hospital because her condition had worsened. Lily and Stacey visited the woman alongside Janet and Sasha — all four women were by her side when she finally passed.

Since Lily didn’t want the money Melinda offered, the late woman willed it to an organization that took in abandoned children and placed them with loving families. After that, Lily would often volunteer there whenever she thought about Melinda.