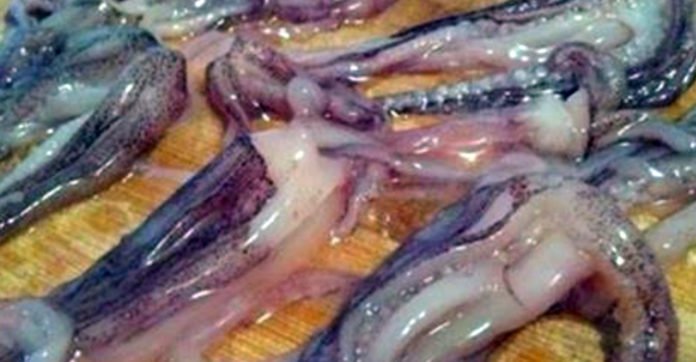 After eating a squid, a 63-year-old South Korean woman got pregnant – with squid, in her mouth! The idea of this makes me squirm! If you don’t believe it, there are researchers at Kwandong University College of Medicine say it is entirely possible! According to reports, the woman experienced severe pain right after she at some parboiled squid that contained its organs.

She didn’t swallow it but spat it out. Then the woman complained of a prickling sensation, and twelve white spindle-shaped organisms were found stuck in the mucous membrane of her tongue! All of the bug-like creatures were then removed. The foreign bodies were packages that the male squid deposits to the female squid’s body – they carry semen.

This is just unbelievable

Researchers explain that the pain she experienced was when the male squid penetrated his ejaculatory apparatus into her skin. YUCK! This is one excellent reason not to eat squid! Share away, people.