Home » Woman Figures Out How To Close A Cereal Box The Right Way: “It’s Only Taken Me 40 Years” 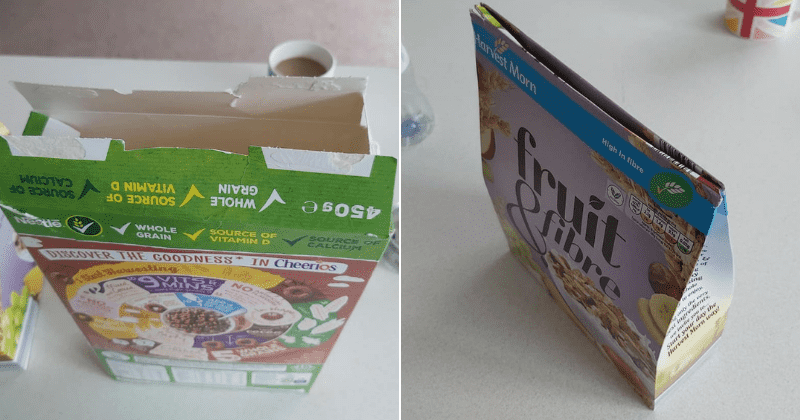 Woman Figures Out How To Close A Cereal Box The Right Way: “It’s Only Taken Me 40 Years”

She spoke to Bored Panda after the incredible response to her hack.  “It was accidental, I never in a million years thought it would be viewed 3 million times!” Becky said she feels “incredibly lucky, all the comments and feedback has been really kind or funny.” It’s surprising that such a simple technique was unknown to many. Even to Becky who admitted that she did not know about this her whole life adding that “the next morning, I thought I’d give it a go with the numerous cereal boxes we have and couldn’t believe how simple it was.” It turns out, the folding “literally takes seconds, looks really neat, and will stop cereal going all soggy.”

At first, Becky shared images on how to do this hack but many requested her to put up a video. “It made me giggle, but my husband and I quickly did and added it to the post!” Sure enough, the video picked up so fast that many people were sharing Becky’s video, commenting, and even mentioning their own techniques for a neat cereal box sealing. Here’s the step-by-step guide to getting your own neatly sealed cereal boxes:

1. First, you pick out the two flaps on the side

3. Fold the wider flap that’s in front of you inwards

4. Then you fold and press the sides

5. Then you fold again as shown below

6. Slide the top flap inside

Check out her full video tutorial below: