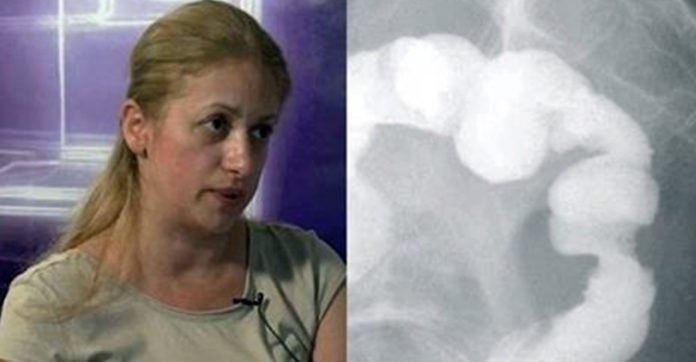 When you go to the doctor, you expect professionalism and – well, perfection. Right?

I mean they get paid a lot of money and went to school for many years and are highly trained people.

Especially if you are going to have surgery – things are just supposed to work out, it is not as if this is the first time the doctor and the surgical team have performed the procedure.

According to Jasminka Velkovska, a cancer survivor, the doctors made a huge mistake, and she now has what is being described as a farting vagina.

Some people may laugh, I find this disgusting and very unfortunate.

What happened was somehow the doctors did not reattach her colon in the correct place.

We don’t know exactly what procedure Jasminka was having, but somehow her colon was reattached to her vagina.

I am not a doctor, but that doesn’t seem plausible.

I would think the anatomy of the types of tissue involved in this would be very different (colon tubes probably looks different and is much larger in diameter than the tubes that lead to the vagina).

Which would make it almost impossible for something like this to happen.

Anyway, according to reports, the hospital has agreed to pay Velkovska $33,000 but hasn’t coughed up that money yet.

As you can imagine, once word of Velkovska’s situation got out, people from around the world have left comments.

Many people saying that it isn’t appropriate to laugh, but others are having a hard time not at least smiling.