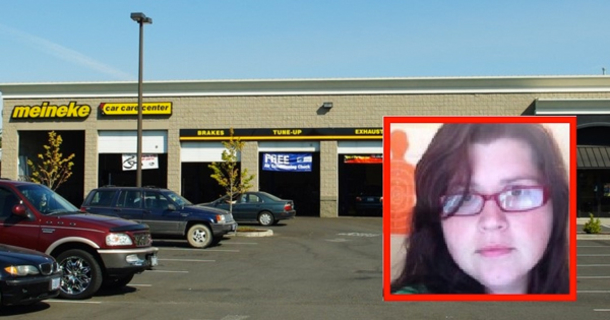 An Indianapolis woman had saved nearly all of her money to get much-needed repairs performed on the vehicle she had just bought recently, and after agreeing on a price with her mechanic, she finally made it to the shop to have the work done. However, even though they had already agreed on what she could afford to pay, the mechanic did something unexpected that left her bawling right in the front office of the garage.

It’s no secret that some smaller repair shops carry a nasty reputation for ripping off customers and trying to milk them for whatever they can, which undoubtedly makes people leery of using them. However, not all mechanics are snakes, and the good people at Meineke in Indianapolis deserve praise for what they did for Ruth Vine. 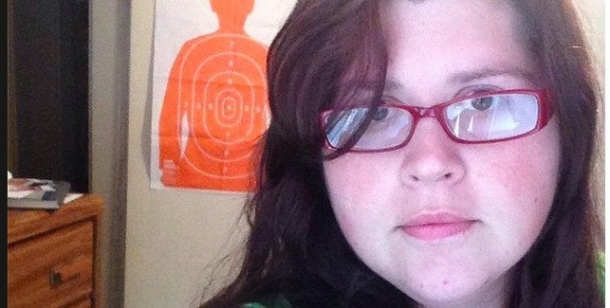 You see, Ruth had just bought a used vehicle to replace the one she had just totaled, but it wasn’t exactly the vehicle promised by the previous owner, despite a test drive going well. Apparently, they had either hidden some issues, or just failed to disclose them, and when Ruth brought the car to Mile Hawkins, who’s the manager at Meineke, she was told it would be $500 to fix it after they found failing brake components. What happened next had her writing a Facebook post to praise the shop.

“After budgeting until I couldn’t squeeze another cent from my paycheck, I made an appointment for this morning to get the brakes taken care of. As I was reading a book and waiting for Mike to give me an update on my car, a guy came into the shop and struck up a conversation. We talked for a few minutes before Mike took him out to the garage. I saw them standing under my car, talking (at this point I’m curious why Mike is showing this random man my car).

“They come back in and it seems it’s the owner I’ve been talking with. They tell me they’ve found other issues with the brake line. ‘Well over $1,000’ for the whole job.

“The owner, Scott Martin, and Mike begin to tell me one of their mechanics is donating some time to the repair and the owner is taking care of some of the parts to get it done and that I’m only paying the money I’ve budgeted for the job and they’re handling the rest of the cost. By this time tears are streaming down my face.”

Scott then explained to Ruth that he’s not exactly a “car guy,” but he is in the business of taking care of his customers and ensuring they’re treated with both honor and respect. He’s also a stickler about making sure that his mechanics are up-front with customers about what’s going on with their cars.

As the two spoke, Ruth had accidentally let it slip that she was about to use her grocery money to pay for the repairs after the cost unexpectedly went up. That’s when Scott left her in a state of utter shock.

“As Scott was preparing to leave to go run errands or spend his Saturday with his family, he walked outside and back in, handed me a folded up envelope and told me it was for after I left the shop. He shook my hand, promised — again — they would take care of me, and left. Written on the envelope was “Ruth’s groceries” and it took several controlled breaths to not burst into tears.

“This man, who is taking a hit — a substantial one in my eyes — to make sure my car is repaired and safe to drive, also paid for my groceries.”

The common misconception about auto mechanics is that they’re more concerned with profits than they are people, and while there may be some that are, at least the guys who helped Ruth weren’t. Kudos to them all for going above and beyond what they were ever required to do. Not only did they help someone in need, but they also provided a great example of how we should treat others.