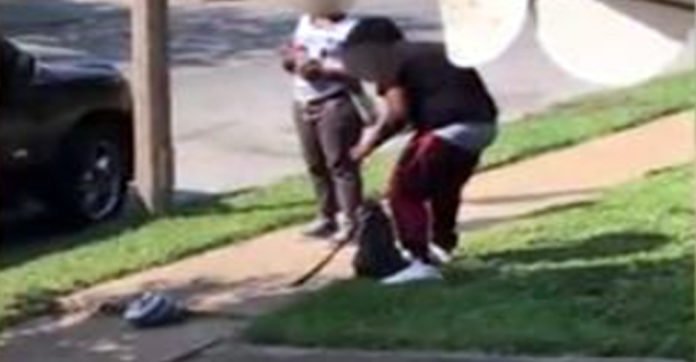 Kathy Venegoni, an animal advocate, posted a picture of two women forcing a puppy to drag heavy weights in Missouri.

Kathy is hoping to identify these two women and thinks what they did is animal cruelty.

According to The Humane Society of Missouri, the women were not doing anything illegal unless the dog was injured or underweight.

Police officers may be able to intervene if the weights were causing the puppy to be distressed.

Kathy said the dog weighed only about 30 pounds and was dragging 25 pounds of weights behind him.

The puppy would get stuck on the uneven pavement.

When Kathy approached the two women, they said they were training the dog.

What kind of dog training is that? No dog needs to drag weights unless they plan on it being a sled dog.

I can’t say if this was cruel or not, it doesn’t make sense – that is for sure.