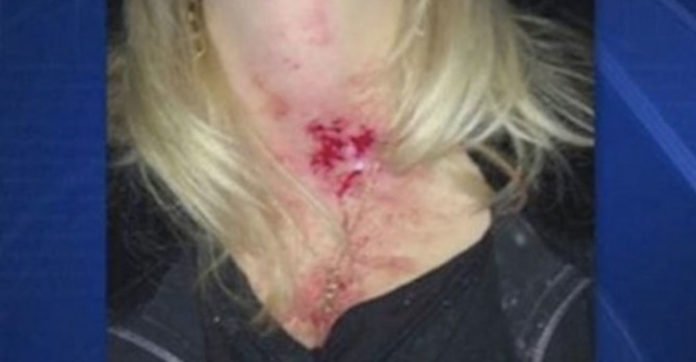 The horrifying injury you see here was caused by a rock. Kevin and Tina Morales had a rock thrown at their vehicle as they drove down I-35 in Austin, Texas. The rock shattered the windshield and hit Tina’s neck. Kevin said the rock flew through the windshield like it was a rocket and Tina thought she had been shot!

This isn’t the first attack of its kind either, according to FOX 7. The rock-throwing attacks began in June, and five other people have been hurt (two people were critically injured). Police are uncertain if all the attacks are related and no one has been identified as the culprit.

Installing more cameras in that area to catch the perpetrator would cost $44,000 a year, and that price is too high for now for Austin, Texas to pay. Be careful out there! Share away, people.