Home » Woman Was About to Eat Canned Spinach When She Found Baby Bird Inside. Now She’s ‘Traumatized’ 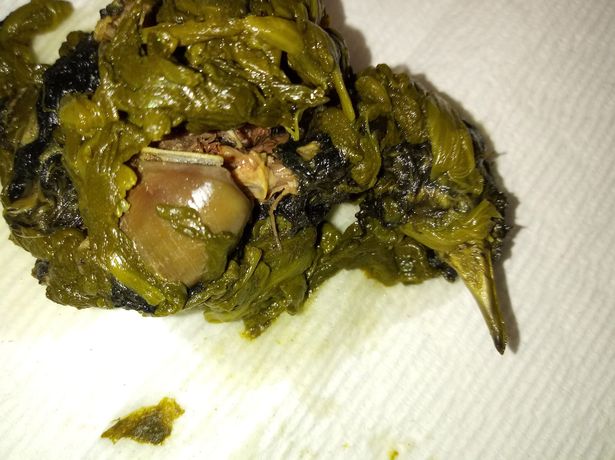 Woman Was About to Eat Canned Spinach When She Found Baby Bird Inside. Now She’s ‘Traumatized’

A Pennsylvania woman says she was sick for a whole day after she made a disturbing find inside her canned spinach.

Cherie Lyons told the York Daily Record that she was about to heat up some Del Monte canned spinach to go with her chicken on June 14 when she noticed a lump.

It was a dead baby bird, the Franklin County resident told Fox 43:

“I dumped the spinach out into the bowl and I took a little bite like I usually do before I put the spinach in the microwave, well then over here it was kind of lumped up, so I went to break it up with my fingers and when I broke it up, I picked up a bird.”

Lyons added that “it was the yellow beak that gave it away.” She said:

“I immediately felt like I was going to vomit. I was sick for the next whole day.”

The Pennsylvanian immediately took pictures of the baby bird and posted them to Facebook.