Home » Woman’s Car Breaks Down And She Has No Money To Repair It: A Man Offers Her A Lift And Sets Up A Fundraiser To Help Her 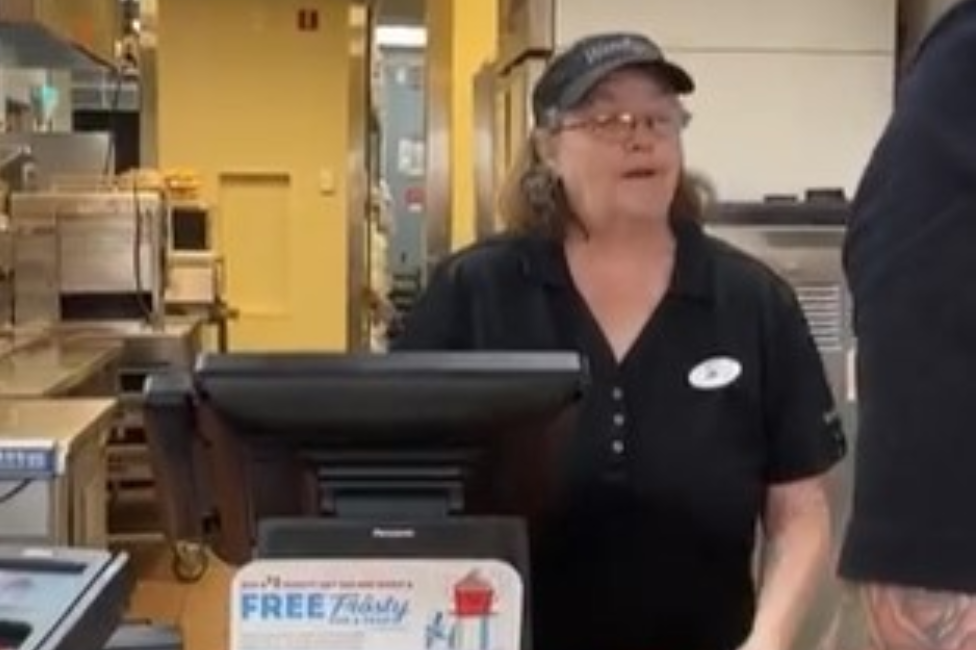 Woman’s Car Breaks Down And She Has No Money To Repair It: A Man Offers Her A Lift And Sets Up A Fundraiser To Help Her

Do you know what guardian angels are? They are those individuals who enter our lives by coincidence and possess the ability to act appropriately at the appropriate time without having been given any specific instructions or having any prior knowledge about us. Of course, we don’t come across men or women like this every day, but anyone who has can attest to how lovely and fascinating they are.

We want to tell you about a woman named Kim who is knowledgeable about guardian angels. Kim met Brandon McNamee on an ordinary day; he was a kind man who did something remarkable for her. Together, let’s determine what it was:

The guardian angel of this tale, Brandon McNamee, shared a video of his first encounter with Mrs. Kim on Facebook. The latter was walking to work on a typical morning. She had been walking and occasionally hitching to work lately because her car had broken down and she didn’t have the money to fix it. When she first met Brandon, a change occurred.

He slowed down and gave her a ride. The two got to talking about everything under the sun on the drive to Wendy’s, where Kim worked. They got along well, and she talked about her recent automobile accident and how she was unable to have it fixed because of the cost of the repairs. After hearing this depressing tale, Brandon understood that he had to do action to help the friendly woman.

Back at home, Brandon decided to support Kim and created a fundraising website on the advice of a friend. In a relatively short period of time, a sizable sum was attained. The man can be seen approaching Kim’s office and requesting her in another video that was recorded by one of Brandon’s friends. The woman immediately recognizes him and smiles brightly to welcome him. Then Brandon comes up to her and tells her what he has done for her. With the money he raised, he was able to acquire her a $100 Uber gift card so she could travel in comfort and without the dangers of hitchhiking to work. Additionally, he handed her $200 to repair her car and an additional $200 for any unforeseen costs.

Kim praised the man numerous times for his kind and selfless act, and the video has since gone viral online. It has also sparked a sincere outpouring of support for the woman. In addition to the present Brandon gave her, Kim has gotten other offers from experts who are willing to fix her automobile for no charge.

These kinds of thoughtful actions usually make our hearts feel warm. It’s also comforting to know that they still can due to their rarity. Nevertheless, it gives us hope to read about people who consciously choose to act in the interests of others and who, through their modest acts of kindness, improve the world.