Home » You All Had A Crush On Her, Now You Wouldn’t Recognize Her… 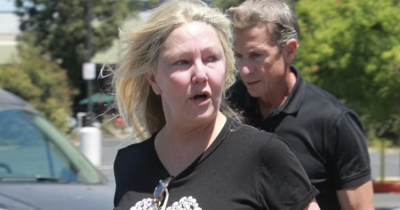 You All Had A Crush On Her, Now You Wouldn’t Recognize Her…

You remember her from Melrose Place, but now Heather Locklear looks unrecognizable after she was caught on camera spending time with fiancé Chris Heisser. A photographer for Daily Mail caught the pair starting off the week with a bit of antiquing as they searched for amazing finds at the stores in the antique mall in Agoura Hills, which is located in California.

The happy couple was shopping at the Whizin Market Square, which is a popular destination that just so happens to be close to Locklear’s home. She lives in a six-bedroom, eight-bathroom home that measures 8,000 square feet in Westlake Village. Her $4.8 million home is just a few miles from the antique mall that she visited with her fiancé, who happens to be her high school sweetheart. 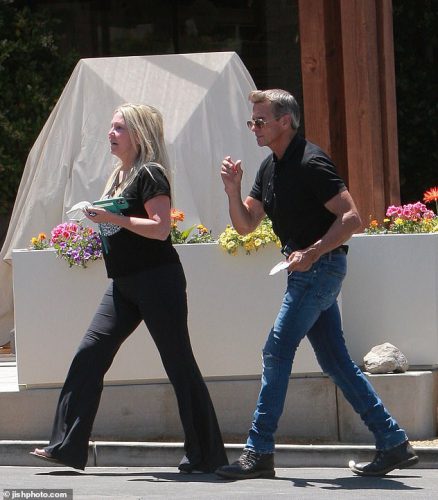 In the years since her time on television, Locklear has been able to focus on herself and her love life. She remains very happy as she spends her days with Heisser and the pair really seemed to enjoy looking for treasures among the shelves of the shops at the Whizin Market Square near her home.

Locklear was photographed without makeup and was not wearing an engagement ring. Nevertheless, the lovebirds seemed to be very happy with one another’s company as they perused the shopping center and sorted through items from yesteryear—witnesses of the celebrity and her lover claim that they were acting like an old married couple.

A few years ago, Locklear had a problem with substance abuse. She entered a rehabilitation program in 2018, which was highly publicized in the media. Now, Locklear appears to be doing much better and was enjoying her time out in the sun with the love of her life. 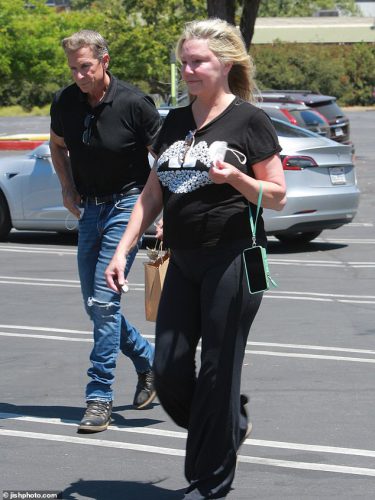 While Locklear was photographed without wearing her face mask, her fiancé was caught on camera wearing a mask after exiting the antique mall.

According to a report by Daily Mail, a witness told the reporting agency, “They are very comfortable together. Heather seems like she can relax and just be herself. She wasn’t wearing a bit of makeup but was happy and laughing as they poked their heads in the various stores. Chris wasn’t one of these guys who wait outside while his partner shops. He was into it!” 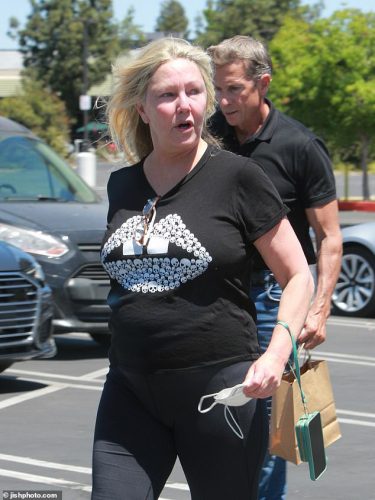 Both Heather Locklear and her fiancé were wearing black tops. The Melrose Place star was seen in a Lauren Moshi “biting lip” skull logo T-shirt. Chris was dressed in a black polo shirt.

“Heather led the way,” the source told Daily Mail, “and Chris followed as they searched for a gift item.” 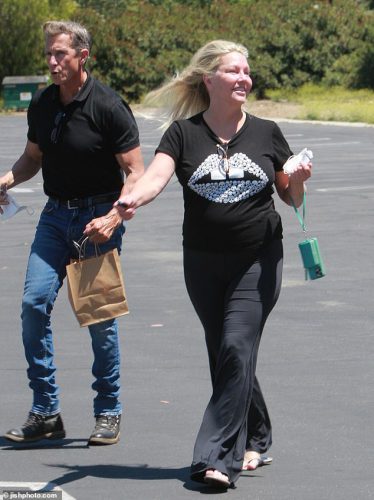 When the pair emerged from the antique shop, Locklear had a small bag in her hand that she was carrying. She was also laughing at something that her fiancé had said.

Although things seem to be going well between Locklear and Heisser, she was seen in public without her engagement ring. However, she’s appeared without him in the past. During an outing in March, Locklear was spotted out shopping with a friend and was not wearing the ring then either.