Home » You Remember Her As One Of The Brady Bunch, But She Was Carrying A Dark Secret For Decades…. 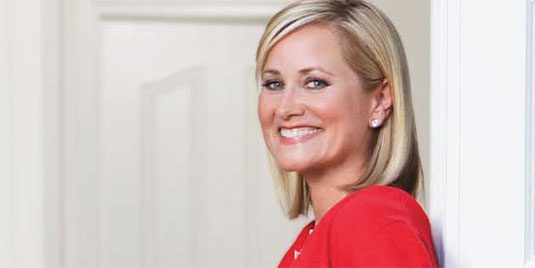 You Remember Her As One Of The Brady Bunch, But She Was Carrying A Dark Secret For Decades….

It has been 45 years since the final episode of The Brady Bunch aired— Maureen McCormick is best known for playing Marcia Brady and was America’s favorite big sister on the country’s favorite family TV show for six years starting in 1969.  — With her long blond hair and miniskirts, Marcia Brady was the oldest, prettiest, and most popular Brady sister.

From the age of 12 until the age of 17, McCormick played the well-liked and breathtakingly attractive Marcia on television, where she spent her formative years in front of millions of viewers. The Brady Girls Get Married, The Brady Brides, and A Very Brady Christmas were among the made-for-TV movies and spin-off programs that were produced after the show’s end in 1974.

But every time McCormick played the bubbly, fresh-faced character each time, nobody was aware that behind the scenes, her true life was spinning out of control.

McCormick struggled with bulimia for ten years and, as she disclosed in an interview; Drug abuse, an eating disorder, and depression are just a few of the battles she faced, proving that her upbringing and her adult life were far more harrowing than any The Brady Bunch episode ever was and for years she kept these truths hidden.

McCormick suffered from anxiety as a child growing up as the youngest of four children because of her tumultuous family life. She said that her father’s philandering tendencies weren’t the only problems in the McCormick household, According to the actress’ memoir, “Here’s the Story: Surviving Marcia Brady and Finding My True Voice,” —  her father had also been abusive.

“In the early ’70s, my older brother was battling a heroin addiction and my father was having an affair, both of which devastated my family,” she said.

McCormick felt as though she was keeping a secret because of how different her real life was from her television life—with all the abuse, drug use, and dysfunction.

As a teenager, she admitted, “I had no idea that few people are everything they present to the outside world, Yet there I was, hiding the reality of my life behind the unreal perfection of Marcia Brady … No one suspected the fear that gnawed at me even as I lent my voice to the chorus of Bradys singing, ‘It’s a Sunshine Day.”‘

While detailing her life story, the actress also said that she got into cocaine “through a boyfriend, who was friends with people who did drugs.”

In her autobiography, Maureen McCormick describes how she transitioned from portraying the lovely and innocent Marcia Brady to a real-life cocaine-freebaser.

“I got involved with a boyfriend who took me up to the house of this cocaine dealer — one of the biggest dealers in L.A, at the house, there was this table with a mountain of cocaine on it. I was 18 and had no idea what it was or how to do it, but everyone there said, ‘Don’t worry, just watch us. Now here, take a toot.’” McCormick then got addicted. “All I cared about was having sex and doing the drugs,” she said, “I had sex to get the drugs.”

After getting married to Cummings in 1985, McCormick gave up using cocaine, but the aftereffects of her drug addiction put her life in danger. She acknowledged in her book that persistent anxiety and paranoia had a negative impact on her life. She also experienced extremely vivid dreams, which at one point led her to believe that she had committed a murder and was about to go to jail. She even threatened to kill herself in front of her husband due to her paranoia.

“I walked out on the balcony and screamed that I was going to jump,” she wrote. “I desperately wanted relief and I saw it down below on the pavement.”

She needed a diagnosis of depression and a prescription for antidepressants in order for her life to completely turn around.

“It took most of my life, countless mistakes and decades of pain and suffering to reach this point of equanimity and acceptance,” she said.

And as for her battle with bulimia, the actress revealed that she developed bulimia after the show finished in 1974. She said that she was tutored on the set while the show ran, but then went back to high school, where she succumbed to pressure from other girls to try bingeing and purging.

“I was with some girls, we had a gallon of ice cream, and someone mentioned how we could eat it all and not gain weight,” she said. “It seemed ideal. Once I started [purging], it was hard to stop.”

McCormick maintained a stable weight for years, until 2004 when her mother died of cancer. Shortly after, she was faced with putting her mentally disabled brother into a group home.

She said to “Good Morning America” that it was “simply one of the hardest things I’ve ever had to deal with.” “I still feel a lot of guilt, but I know that he’s in a really good place,” she said.

In response to these issues, McCormick claimed that she started gaining weight and swiftly added roughly 35 pounds. The actor, who stands at 5 feet 3 inches tall and weighs 150 pounds, was offered a spot on “Celebrity Fit Club” at that time.

“I was really kind of humiliated,” she said, but it was also a “real wake-up call.”

She finally decided it was time to face her eating disorder by competing on Celebrity Fit Club – winning the competition and losing 38 pounds the healthy way,

“I feel like I’m really me for the first time,” she said. “I feel like I shed weight and other things, the healthy way.”

In the end, the actress said that therapy and faith guided her down a path toward sobriety.

McCormick is dedicated to motivating individuals who are going through similar struggles today. She asserted that having an addicted personality is an illness and nothing to be embarrassed about.