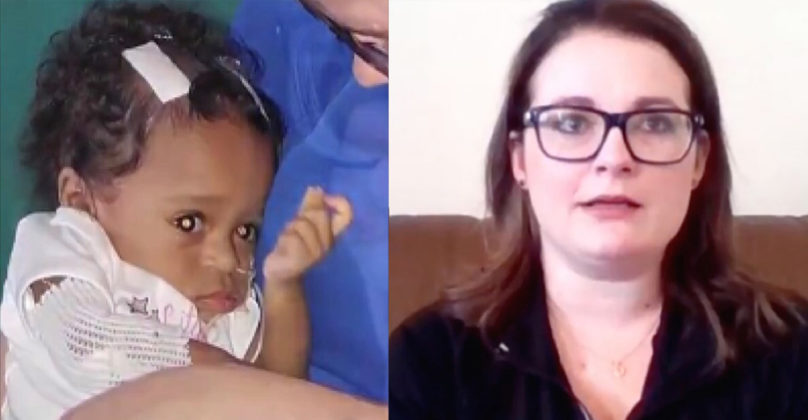 When nurse Jess Hamm, 30, first laid her eyes on Delilah, she felt something inside her. The little one was the most beautiful baby she had ever seen.

Delilah, who was 14 months old at the time, had been brought in to Wolfson Children’s Hospital due to broken bones and a skull fracture, and it was clear to all hospital staff that this was a result of intentional abuse. She was malnourished and doctors weren’t sure if she would ever be able to walk.

Jess was taken by Delilah’s fighting spirit as she persevered and stayed alive through all the hardship and pain. When she reached out to touch Delilah’s hand and felt her tiny fist curling around her own fingers, she knew she wanted to take her in and adopt her.

A lot of paperwork had to be done, and Jess met with the caseworkers for Delilah’s situation at the Florida Department of Children and Families. But that’s when she found out something else about Delilah – she was one of two. Delilah had a twin sister who was also in the hospital. Both of them had been abused and mistreated. And of course, Jess knew she had to save both of them.

A year after these incidents, the twins live with Jess and call her their Mom, and so much has changed. Check out this video to see what’s happened!